In a fast-paced industry like Additive Manufacturing, standards can sometimes be overlooked – but this is quite possibly the most important development for AM to reach widespread adoption. Standards establish a threshold for minimum requirements and provide guidelines for the effective and successful implementation of technologies. Perhaps most importantly, they create opportunities for economic growth by helping to open trade in regions of the world that choose to embrace them.

On November 15, 2021, industry experts gathered for the Standards Forum at Formnext 2021 in Frankfurt, Germany. Organised by the US Commercial Service, part of the US Department of Commerce’s International Trade Administration, ASTM International, and ISO. The forum was held one day before the official launch of Formnext, and focused on the adoption of AM through standardisation. Key takeaways from the event are that standards:

It may be surprising to some that only about 5% of forum attendees were from standards development organisations (SDOs). In fact, as many as 120 attendees came from eighty-eight organisations in aerospace, electronics, energy, and medical, and many other sectors participated, including research institutes, software producers, and machine manufacturers.

Speaking at the event, Martin White, Head of AM Programmes at ASTM International’s Additive Manufacturing Center of Excellence (AM CoE), stated, “Standards can be the backbone of every AM organisation, if they are understood and applied correctly.” A key challenge today is creating standards that meet the needs of the industry.

The first technical standard was created by Joseph Whitworth in 1841 at the end of the first industrial revolution. It described measurements for screw threads. Before this, screws were made by hand, with no set standard. The adoption of standardised system helped everyone operating a lathe to manufacture the exact same screw based on Whitworth’s guidelines. Today, this standard is nearly obsolete because most screws are based on the Unified or Metric thread standard.

For AM, the first technical standard – ASTM F2792 – was published in October 2009 by ASTM International Committee F42 on Additive Manufacturing Technologies. The committee was established in 2009. The standard provided twenty-seven terms and definitions for AM, which later evolved into the ISO/ASTM 52900 standard on terminology for Additive Manufacturing. This initial version helped to ensure future standards would use the same language to describe AM processes and related terms. An important part of the standard is the development and publication of the seven standard process categories in use today.

Many SDOs are expanding their AM efforts, which supports further adoption – however, this could lead to duplicate or conflicting standards, causing challenges for the industry. SDOs in the US that create AM standards include the American Society of Mechanical Engineers (ASME), American Welding Society (AWS), and Underwriter Laboratories (UL). Globally, that extends to the Association of German Engineers (VDI), British Standards Institution (BSI), German Institute for Standardization (DIN), The Norwegian Truth (DNV), and SAE International.

With a goal of helping to coordinate and accelerate AM standardisation efforts, America Makes and the American National Standards Institute (ANSI) launched the Additive Manufacturing Standardization Collaborative (AMSC) in 2016. The AMSC is not developing standards, but rather helping to align standards development activity.

One challenge for organisations is knowing which standard(s) to follow, or if standards for their chosen activity already exist. With more SDOs entering the AM market, duplicative work is inevitable, which can be confusing for both users and certification organisations. This was one of the main reasons for the PSDO between ASTM International and ISO and AMSC.

Further, individual organisations are creating process specifications that are often more specific than industry-wide standards. They can include build parameters, powder removal processes, and surface quality checks. Boeing’s SES-15 communication satellite was built with more than fifty metal AM parts. The satellite currently orbits more than 35,000 km (21,750 miles) above Earth. The parts were made using Powder Bed Fusion (PBF) in accordance with ASTM F2924–Standard specification for AM Ti6Al4V with PBF. Other process specifications were created by Boeing, but are not available to the public.

By following standards, Boeing is able to be more confident about the parts it sends into space. After the successful launch of this satellite in 2017, the company can trust the standards and specifications used to create more satellite parts with AM by following this process.

During the Standards Forum at Formnext 2021, William Czajkowski, of the US Embassy in Berlin, stated, “We are trying to build an industry for the 21st century and we cannot do it without standards.”

Fig. 2 shows an additively manufactured titanium acetabular hip cup produced by LimaCorporate. More than sixty approved standards support the design, certification, manufacturing, and post-processing of this type of product. One example is ISO/ASTM52902-19–Geometric capability assessment of AM systems. It describes benchmark test-piece geometries and quantitative and qualitative measurements to assess. Other non-AM specific standards include ASTM F1820-13–Standard test method for determining the forces for disassembly of modular acetabular devices. These standards help build confidence among manufacturing companies and their customers. Without standards, it is unlikely doctors would use orthopaedic products made by AM. Companies can save time and money for design validation and testing by following accepted industry standards.

For years, many complained about the lack of standards in AM. Today, the challenge has shifted to not knowing which standards to use and how to go about applying them. To grow AM, it is important for the industry to collaborate to solve these problems.

As more applications of AM emerge, standards will be developed to support them. Martin White, ASTM International, stated, “At some point, you will be handed a standard that you must follow. The best time to get involved is during the development phase, so you can help shape the standard.”

ASTM International creates consensus-based standards. This means that 100% of voting members must support a proposed standard. Anyone can vote if they are a member of ASTM International. The benefit to consensus standards is that the perspective and expert knowledge of those involved has been considered. As a result, the standard is almost always better.
As of December 2021, ASTM International Committee F42 on Additive Manufacturing Technologies had more than 1,000 members in over forty countries. Members include experts from a wide range of regulatory bodies and industry sectors, including aerospace, defence, medical, space, energy, and construction.

One of the best known standards for engineers is likely ASTM E8/E8M—Standard test methods for tension testing of metallic materials. This enables a person to test and compare materials or manufacturing methods using the same set of parameters. A similar test for geometric tolerancing can be seen in Fig. 3. This part was designed by the National Institute of Standards and Technology (NIST). When building this part using metal PBF and recording the measurements, it is possible to validate a machine’s geometric accuracy. This part led to the creation of ISO/ASTM 52902–Geometric capability assessment of AM systems.

Standards are also developed for material properties, file formats, and design parameters. ISO/ASTM52907–Methods to characterize metallic powders describes sampling, particle size distribution, morphology, and flowability, and how to characterise them. Without this guidance, it would be nearly impossible to compare two powders. For flowability, reference ISO/ASTM 52913-1–Part 1: Parameters for characterization of powder flow properties.

A key takeaway from the Standards Forum at Formnext was that more education is needed in this area. As new standards are published, it is important that stakeholders are aware of them; without knowledge of available standards, individuals and organisations will seek to create their own, which would compete with accepted industry-wide standards and create redundancies.

The AM industry continues to expand with the support of industry standards. Standards aid industry adoption and provide guidelines for certification organisations. Standards also support AM education and training.

The next Standards Forum will again be held in conjunction with Formnext, and is scheduled for November 14, 2022, in Frankfurt, Germany. 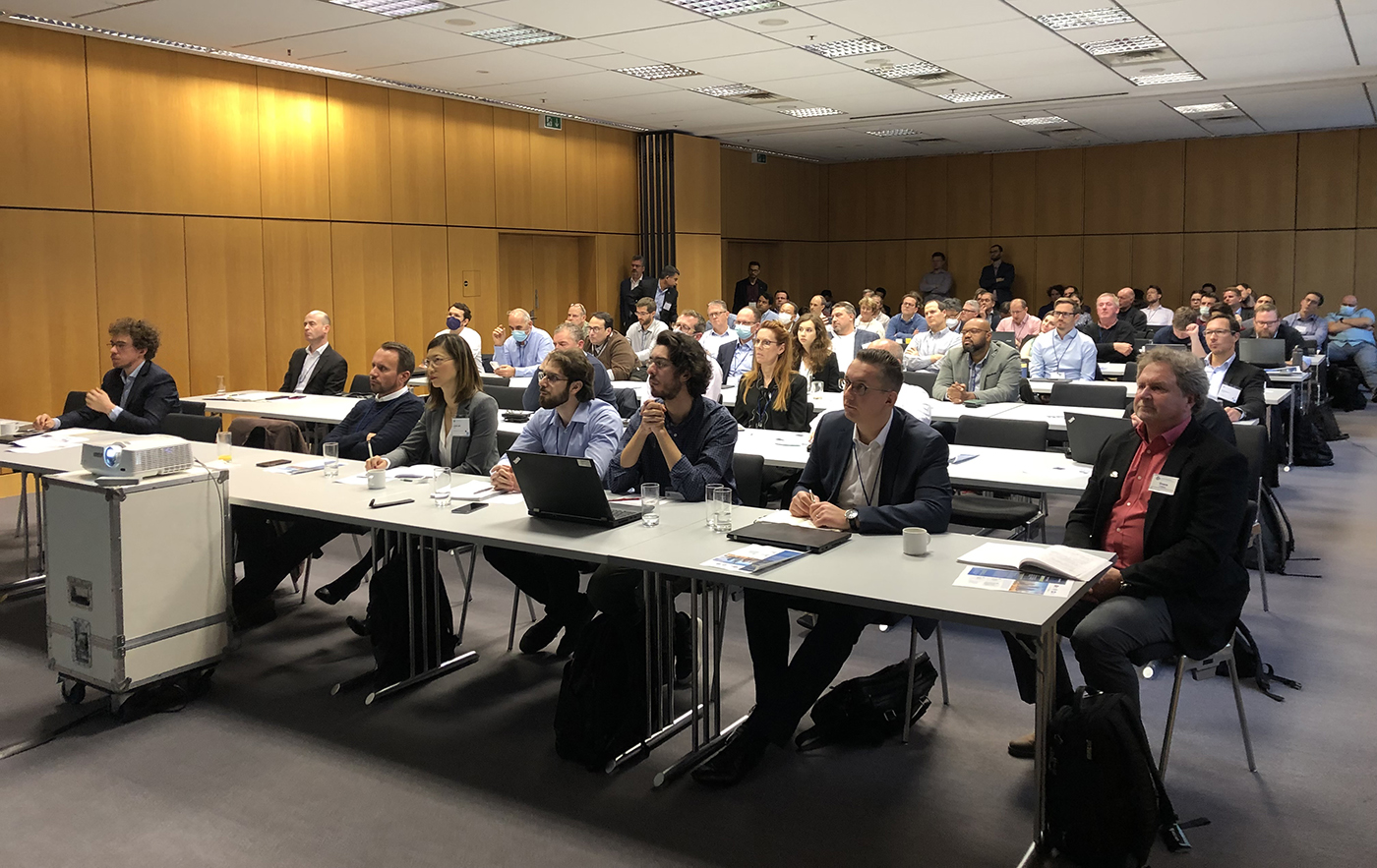