New Zealand, a small country in the Pacific with a population of just under five million, has always had a reputation of ‘number 8 wire’ problem solving. This refers to the ability of finding ingenious solutions to problems with limited resources, using whatever is available – with number 8 wire being commonly used by farmers for fences. Consider what might happen when exposing them to advanced manufacturing technologies such as Additive Manufacturing.

New Zealand has embraced AM in a way that punches above its weight on the international scene. Since the earliest machines began to appear in the country in the mid-nineties, the technology has been spreading at a rapid rate. More importantly, the adoption of AM by industry is now beginning to have a serious impact; because of its geographic isolation, AM has also proven to be a key technology for New Zealand in replacing the need to import parts from around the world.

New Zealand has two commercial service providers (aka, bureaus) that offer metal AM as a service to companies in New Zealand and around the world.

RAM3D, a world-class service provider based in Tauranga, is the largest metal AM service provider in Australasia. It has played a vital role in evangelising the technology in New Zealand by producing metal parts for a wide range of customers and having a strong focus on raising awareness. The company has also helped educate many on the importance of Design for Additive Manufacturing (DfAM) and moving industry from prototyping to production. RAM3D currently operates eight metal AM machines, including seven from Renishaw. The company offers parts in 15-5 PH and 316 stainless steels, Inconel 718, titanium (Ti6Al4V) and maraging tool steel.
In collaboration with Oceania Defence, it has recently produced more than 1,000 firearm suppressors for the Australian Defence Force. A suppressor, sometimes referred to as a silencer, reduces noise when firing rounds of ammunition (Fig. 1).

Zenith Technica is one of the largest service providers to offer Electron Beam Powder Bed Fusion in Australasia. It operates three Arcam Q10 Plus and two Arcam Q20 machines from GE Additive. It produces parts in titanium and has manufactured more than 400 components that are now in orbit (Fig. 2). Zenith Technica is working with Massey University to create an AM materials testing lab to serve the industry.

Strategic Initiatives: Government and academic investment and facilities
The majority of New Zealand’s academic institutions and Crown Research Institutes have invested considerably in Additive Manufacturing over the past decade. Crown Research Institutes date back to 1992 and most were created from elements of the former Department of Scientific and Industrial Research, as well as parts of other government departments. At least five of the country’s eight universities currently have metal AM machines, either directly or in collaboration with research institutes, and all have some form of polymer AM.

Research is being conducted in new materials for metal AM and DfAM, including methods, topology optimisation, lattices and other light-weighting strategies. Research is also underway in software for Industry 4.0 and AM, new AM technologies, AM post-processing, surface finishing techniques, and automation.

Callaghan Innovation, the country’s largest Crown Research Institute, has invested heavily in its AddLab, an AM facility that allows companies to explore new business opportunities and find new solutions to their R&D problems. The lab is equipped with a range of metal and polymer manufacturing processes and provides access to Callaghan Innovation’s wide range of research expertise. In 2019, it produced a monitor bracket for Air New Zealand that reduced weight by 40% compared to the conventionally manufactured part (Fig. 3).

In 2019, the Creative Design and Additive Manufacturing (CDAM) Lab was launched at the University of Auckland. New Zealand government’s Entrepreneurial Universities funding scheme, along with the University of Auckland, are investing NZ$10 million in the lab over a period of four years. The CDAM Lab is equipped with comprehensive metal and polymer AM capabilities and aims to alter the way AM is implemented in industry. The goal is to transition the use of AM from mostly prototyping to high-value methods of manufacturing. The CDAM Lab specialises in DfAM, light-weighting, topology optimisation, and educating students and industry on how to use AM in ways that add value to their product offerings (Fig. 4).

The New Zealand government has strategically invested in a range of research projects related to AM. An example is the National Science Challenges, funded by the Ministry of Business, Innovation and Employment, which is investing NZ$1 million annually for three years in a project titled “Additive Manufacturing and 3D printing of Bio-composites.” The expected outcome is a range of new bio-composites for AM.

Rodin Cars designs and builds high-performance cars for the track and road. They have been an avid proponent of advanced manufacturing and have a comprehensive in-house metal and polymer AM workshop. It is used to manufacture many of their production parts, including exhaust collectors, mufflers, uprights, hubs, and brackets, by polymer and metal Laser Beam Powder Bed Fusion (Fig. 5).

Rocket Lab manufactures and operates a lightweight orbital rocket known as Electron, which provides dedicated launches for SmallSats and CubeSats from New Zealand. The company is now headquartered in the U.S., but Rocket Lab was founded in New Zealand in 2006 by engineer Peter Beck, and with much of its operations and manufacturing remaining in New Zealand. Rocket Lab relies heavily on metal AM for producing several of its rocket components, including its Rutherford engine.

Kiwi Klimbers is a New Zealand company that produces climbing accessories for arborists. Qualified arborists require a range of climbing and rigging equipment for the dismantling of trees. Kiwi Klimbers, using the services of RAM3D, have been producing their spikes, also known as gaffs, and toothed cams (part of their pulley system) in titanium using AM.

Radic Performance is a startup company specialising in the manufacture of advanced mountain bike parts. It is the creation of Taylor Grey and Jake Powell, two mechanical engineers from the University of Auckland with a passion for design, engineering, and mountain biking. The company’s flagship product is the Gamma light-weight aluminium additively manufactured brake calliper.

Since 2007, Ossis has been using AM to produce patient-specific orthopaedic implants, specialising in solutions for acetabular revisions and pelvic tumours. Acetabular implants for severe bone loss and pelvic dissociations are time-consuming and challenging surgeries without a custom solution. Metal AM provides the perfect manufacturing platform for producing patient-specific implants.

Victory Knives manufactures products used by nearly all major meat and fish processing companies in New Zealand and Australia. Commercial divers around the world use the company’s diving knife product. For Team New Zealand and the Americas Cup yacht race, Victory Knives and RAM3D designed a state-of-the-art knife that is light weight but strong enough to cut through marine ropes. The knife and sheath were additively manufactured in Ti6Al4V titanium alloy and super-coated to produce a knife that can cut strong marine ropes in one blade stroke, compared to existing knives that required up to ten strokes. These knives are now commercially available from knife shops in New Zealand.

Several New Zealand artists have been actively exploring how AM can influence their practice. Gregor Kregar, a prolific user of AM, has been actively working with the CDAM Lab to push the boundaries of metal AM in new and exciting ways.

Miniaturised structures are vital components in an increasing number of devices and manufacturing applications. Callaghan Innovation’s scientists have rethought how to produce these structures using a method of Additive Manufacturing in a cost-effective way. The result is its patent-pending Laminated Resin Printing (LRP) process, a new method of AM for prototyping electronics, microsensors, IoT components, and optical devices. The Micromaker team is using LRP to produce a range of structures for a variety of applications (Fig. 12).

An area of growing expertise in New Zealand is DfAM. The University of Auckland CDAM Lab, RAM3D, Callaghan Innovation, and others are working with companies to educate them on how to design for AM that adds value. Staff at the CDAM Lab, for example, in collaboration with Wohlers Associates and others, have delivered a range of DfAM courses to organisations around the world. These multi-day courses feature hands-on exercises and practice using best-in-class methods and software tools.
DfAM courses have been conducted for Alfa Laval, Callaghan Innovation, Central University of Technology, GKN Aerospace, Lund University, Materialise, NASA, New Zealand Defence Force, Protolabs, RMIT University, Siemens, University of Auckland, Volvo, ZAL Centre for Applied Aviation Research, and others. The courses have engendered a seminal DfAM textbook entitled A Practical Guide to Design for Additive Manufacturing, published by Springer.

New Zealand continues to advance its adoption of AM. Several companies and other organisations are performing world-class work in the design of products for AM. Support by government entities and universities is helping to bridge the gap from using AM principally for prototyping to series production and custom product manufacturing. Organisations in a range of industrial sectors see AM as a key to offering products that set them apart from the competition. Increasingly, they recognise the importance of AM and its growing significance around the world. 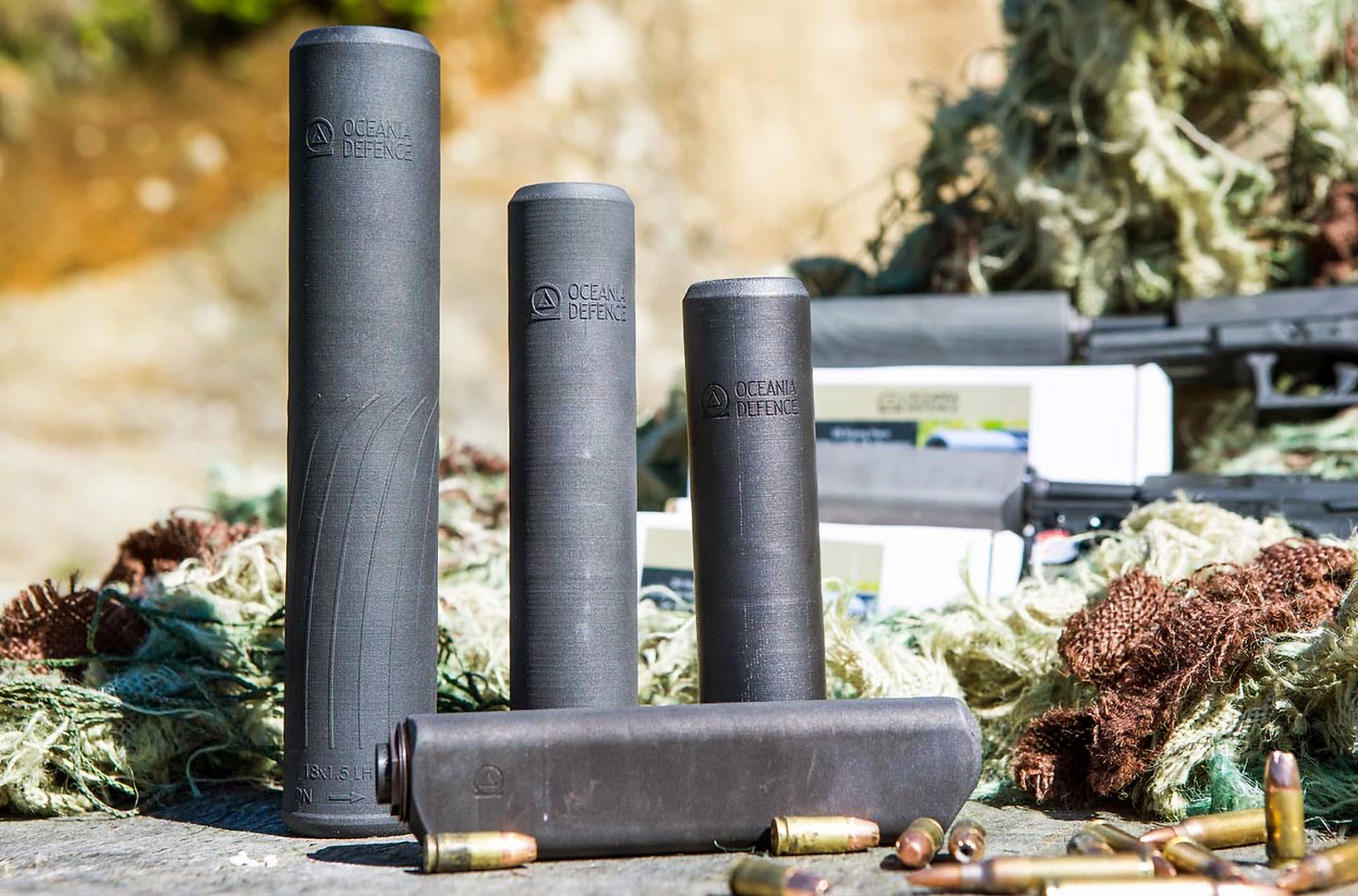