As the facility is established, Titomic expects to sell two TKF Systems to the Titomic-Repkon Joint Venture, with the TKF Systems providing one of the two core processes in the manufacturing of barrels for the defence sector. This will include a TKF 1000, with an estimated sale price of €1.5 million; and a bespoke TKF 3250R, with an estimated sale price of €3.4 million. The TKF 3250R machine sale price will be confirmed once the final machine configuration has been settled. Titomic will also sell consumables (powder) to the JV and receive a share in profits from barrel sales.

As announced in December 2021, Repkon became a strategic investor in Titomic through a €1.6 million investment, demonstrating confidence in the technology.

“The joint venture shows that Titomic’s cold spray process enables metal Additive Manufacturing in a high volume commercial manufacturing environment, for a technically critical end application. With its ability to utilise the combination of two innovative processes in barrel manufacturing, the facility will lead the production of next-generation barrels with tailored performance characteristics for specific applications and missions. It opens up a world of many design features for barrel manufacturing which were not previously possible,” continued Koeck.

Ibrahim Kulekci, CEO of Repkon, added, “Titomic is a leading company with proven reliability in metal Additive Manufacturing so, having them as our joint venture partner, will be extremely beneficial in producing and selling barrels designed by Repkon. We believe the performance, superior strength-to-weight ratios, enhanced durability and cost advantages these products and manufacturing processes provide offer unique advantages for our barrels and we are keen to explore these opportunities even further over the next months and years.” 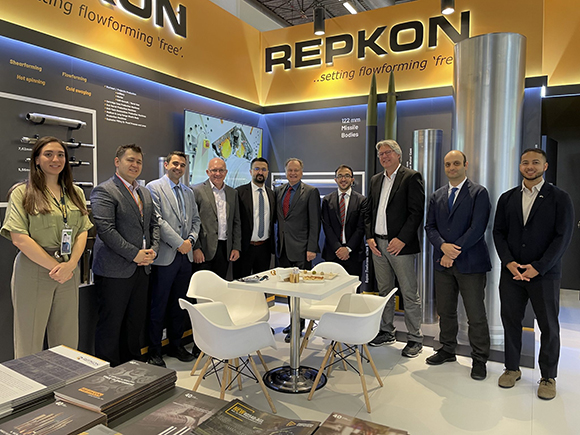