Launcher, headquartered in Hawthorne, California, USA, has announced the successful completion of vibration testing for the first flight unit of its satellite transfer vehicle and hosted payload platform Orbiter. The platform – which features an additively manufactured propellant tank, combustion chamber, and injector as part of the chemical propulsion module – is contracted with SpaceX to fly viaFalcon 9 Transporter-6 rideshare flight from Cape Canaveral, Florida, on November 7, 2022.

On SpaceX Transporter flights, Orbiter can carry up to 400 kg of payload mass in the form of small and cube satellites and can support components & payloads by providing power, communications, and other commodities. Orbiter is equipped with a chemical propulsion system that uses ethane and nitrous oxide propellants, and the vehicle will initially provide up to 500 m/second of delta-v, or change in velocity. Orbiter is designed to integrate with SpaceX Transporter 70 cm ports and maximise the available volume to its customer payload.

Orbiter is said to provide value to its customers by allowing them to quickly reach rideshare orbits and then precisely insert each spacecraft into its proper mission orbit in the most efficient way possible. The delta-v provided by Orbiter can be used to adjust altitude, inclination, and LTDN (Local Time of Descending Node), as well as local anomaly tailoring to distribute small spacecraft quickly and evenly along an entire orbital plane.

When Orbiter completes its transfer mission, the platform is expected to continue to host components and payloads for up to two years. This enables both early-stage and mature space companies to increase the heritage and technology readiness of their payload or components without the added cost of a dedicated spacecraft and ground operations infrastructure. 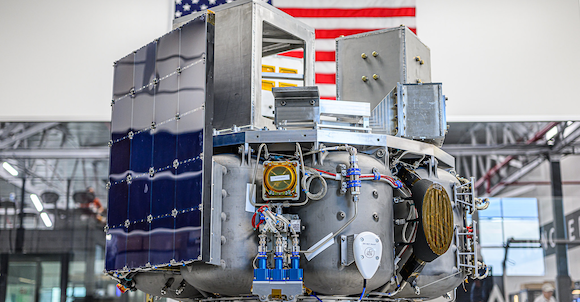