The Amsler RBM120 system from ZwickRoell can be used for rotating bar bending fatigue tests in various industries. The purpose of the test (as per DIN 50113-1982 and ISO 1143-2010) is to determine the bending fatigue strength properties of round specimens under rotating load. During testing, the specimen is subjected exclusively to alternating loading in order to obtain a mean value of zero between positive and negative loads of equal magnitude.

As the greatest stresses occur on the surface of the specimen, the condition of the surface is said to be of particular importance in this test method. The rotating bar bending fatigue test can also be performed with an optional high-temperature furnace at elevated temperatures up to 850°C.

KU Leuven has been focused on Additive Manufacturing since 1990 when research on AM was initiated at the University’s Mechanical Engineering Department by Professor Jean-Pierre Kruth. Initially, research focused on the production of polymer parts for rapid prototyping, which led to the foundation of Materialise, the first spin-off company of the AM group, which is one of the key players in the Additive Manufacturing of polymers and software development for AM.

In 1991, the AM Group began investigating the use of PBF-LB for the Additive Manufacturing of metal parts. To facilitate process optimisation, the group designed and developed its own Laser Beam Powder Bed Fusion machine. Over the years, this equipment has been improved and equipped with a real-time process monitoring system. These developments were commercialised via a second spin-off company LayerWise, later acquired by 3D Systems in 2014. 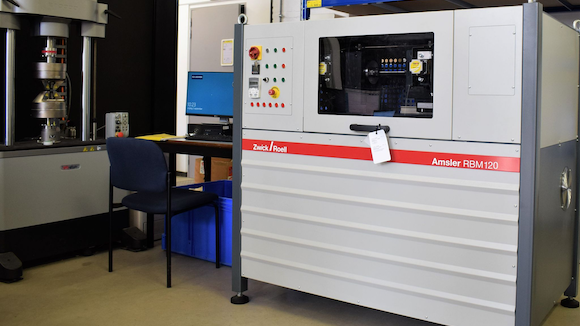