“Recently, we won our first commitments for our X1 160 Pro, the industry’s largest metal binder jet system, which we announced last November,” Hartner stated. “This breakthrough system, our tenth metal printer to date, is well on its way to proving itself as a critical tool that will move metal 3D printing into high-volume production.”

“Our team has already begun producing the first 160Pros for customers, and we remain on target with our release plans,” he stated. “We continue to expect first shipments by the end of 2020.”

The X1 160Pro is built off the company’s S-Print platform for sand Additive Manufacturing, originally launched in 2005. Designed for high-throughput and large-part production, it was stated at the machine’s announcement that it will offer build dimensions of 800 x 500 x 400 mm and build speeds of up to 10,000 cm3/hour.

The open material system is expected to be capable of building in six qualified metals, including the popular stainless steels 316L, 304L and 17-4PH, as well as in ceramic. The X1 160PRO will also feature Industry 4.0 cloud connectivity and process-linking capabilities enabled by Siemens MindSphere. 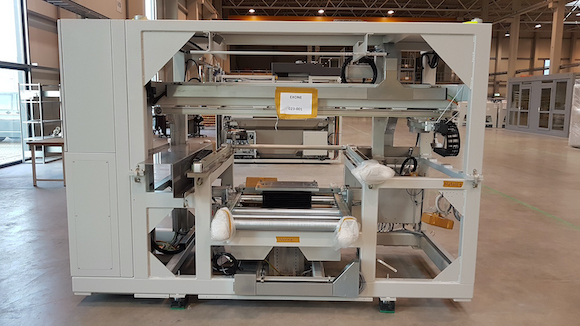