Mantle, headquartered in San Francisco, California, USA, has announced the commercial launch and availability of its metal Additive Manufacturing system developed specifically for the toolmaking sector. Designed to simplify the production of mould and tool components, Mantle’s AM process is said to reduce the time it takes to create tooling by eliminating or reducing many of the operations traditionally required to make precise, durable steel tool components.

Mantle uses its proprietary TrueShape technology – a hybrid material extrusion (MEX), CNC and sinter-based process. The system includes its P-200 Additive Manufacturing machine, built on a CNC platform, that integrates building and machining to produce parts with the accuracy and surface finish required for tooling. The P-200 machine has a build volume of 200 mm x 200 mm x 150 mm.

A sintering stage follows using the company’s F-200 furnace. This furnace can sinter multiple parts and will support multiple AM machines. Mantle offers two tool steel materials, H13 and P2X (a steel comparable to P20), said to be durable, stable, and perform like traditional tool steels with secondary operations like machining, polishing, coating, and laser welding.

The commercial launch of the Mantle system follows a successful delivery of beta systems to a number of customers. One of these was Westminster Tool, a precision mould maker based in Plainfield, Connecticut, USA, which installed a beta system and is integrating it into its mould-making operations.

“Mantle far surpasses any additive metal technology that we have seen previously,” stated Ray Coombs, president and founder of Westminster Tool. “The precision and quality we get off the printer allow us to bypass many of our internal manufacturing processes, which gives us an advantage in providing a better, faster product for our customers.”

Hillary Thomas, Westminster Tool vice president, added, “There is a massive skills gap in the injection mould-making industry. Mantle’s technology is so simple to use that, with minimal training, we can have someone operating and running this machine. Mantle will help Westminster Tool change how we do business.”

Other beta customers include Fathom Manufacturing, one of North America’s largest on-demand digital manufacturing platforms, which is reported to have reduced its toolmaking time by 45% with components made by Mantle’s technology. Fathom reduced its toolmaking operations from 200 hours to 110 hours by eliminating or reducing several operations, including CNC milling, EDM and polishing.

Tessy Plastics, a global contract manufacturer specialising in injection moulding and custom automated assembly solutions, surpassed 1.25 million cycles on a production mould built with Mantle components. The mould, which makes deodorant packaging, contains both Mantle H13 and P2X tool steel components and is said to demonstrate the durability of Mantle’s steels in a demanding production environment. Tessy Plastics achieved time savings of 60%, from 150 hours to 60 hours. 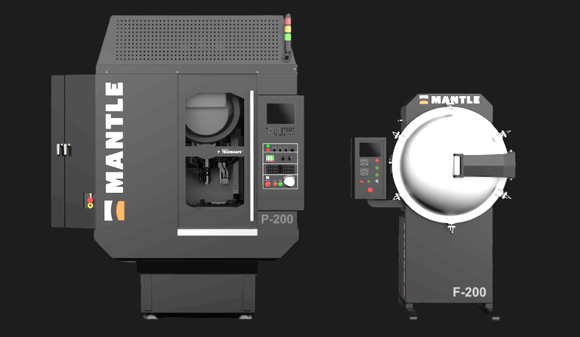