Freemelt, Mölndal, Sweden, has announced the opening of a showroom in Esslingen, Germany, to showcase its Electron Beam Powder Bed Fusion (PBF-EB) technology.

The company has also established Freemelt Deutschland GmbH, a wholly-owned subsidiary, to coordinate the activities of the Esslingen centre, as well as to manage the commercialisation of Freemelt systems in Germany and in Europe at large. Peter Jain, part of the Freemelt management team since September 1, 2021, has been appointed Managing Director global sales, and will be based at the Esslingen centre, scheduled to open its doors on November 1, 2021.

“The opening of a subsidiary in Germany is an important milestone for Freemelt as we take our first steps outside of Sweden,” stated Ulric Ljungblad, CEO, Freemelt. “We are extremely excited to offer our customers the possibility to meet with us also in Germany, and to experience the possibilities of new material development for PBF-EB.”

Freemelt is focused on bringing the advantages of PBF-EB to a wider range of industrial applications in a variety of industries, such as the medical, electromobility and special metals segments. In 2019, the company launched Freemelt One, a patent-pending development platform, and machines have been installed in several locations in Europe.

The Freemelt One is an open platform that allows users to customise and optimise build parameters and, in so doing, possibly facilitate the development of new metal alloys that had not previously been suitable for PBF-EB.

The Freemelt process features a 6 kW electron gun with high resolution over the entire power range, for exceptionally fast processing at temperatures of higher than 1200°C. This enables production with crack-sensitive materials such as refractory metals. Qualification of materials on the Freemelt ONE can be conducted with very small powder quantities in a small vacuum chamber, making new material development both fast and cost-effective.

“Developing new processes for the Additive Manufacturing of new alloys is a key factor for expanding the use of PBF-EB to new and exciting applications. Materials and process parameters developed for the Freemelt One can be seamlessly applied to the Freemelt production system which is currently under development,” Ljungblad explained.

Freemelt will exhibit its offerings at Formnext in Frankfurt, Germany, November 16–19, 2021. 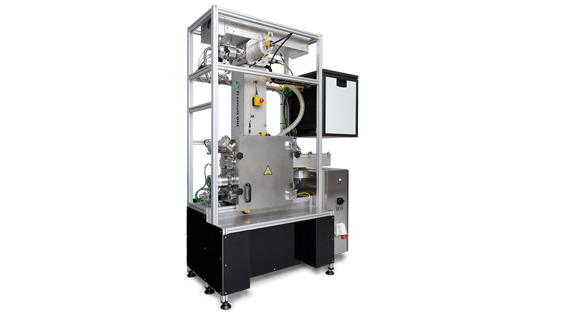