Freemelt, Mölndal, Sweden, has appointed Daniel Gidlund as its new CEO effective October 18. He replaces Ulric Ljungblad, Freemelt founder, who will leave the position of CEO and assume the role of Chief Innovation Officer.

Gidlund joins the company from Sandvik Mining & Rock Solutions where he held the role of vice president sales, Division Parts & Services. He held several senior positions at Sandvik since joining the company in 2008. Gidlund is said to have in-depth experience in business and leadership development, including the role of CEO of a startup in the telecom industry and another eight years of business development in telecom.

“Freemelt’s development has been fantastic, and the future untapped potential is great,” stated Carl Palmstierna, initial investor, and chairman of the Board of Freemelt. “The board is very satisfied with the job Ulric Ljungblad has done as CEO. Now, when Freemelt is entering into a new phase, with a stronger focus on industrialisation, we are in alignment with Ulric Ljungblad that it is appropriate to appoint a new CEO with extensive experience from leadership in advanced industrial operations. Daniel Gidlund is a fantastic candidate for this assignment, and we are very pleased to welcome him as the new CEO of Freemelt.”

“We are also very pleased that Ulric Ljungblad will continue to work in a central role in technology and innovation as CIO, which will be critical for the future development of our products and services,” continued Palmstierna. “In addition, we have decided to nominate him as a new board member for election at the next general meeting, which he has accepted.”

According to Freemelt, the change of CEO is carried out since the company is growing and strengthening its position in the Additive Manufacturing market. In the last year, Freemelt states that it has doubled the number of employees and rapidly increased sales of its Freemelt ONE. machine. There is a continuing need to further expand and implement an agile organisational structure to enable large-scale deliveries of machines and support to international customers in several large business areas on their way into large-scale production with the help of AM.

Gidlund commented, “I’m looking forward to lead and continue to develop an organisation and the offering of industrial products, services and software in one of Sweden’s most interesting fast-growing companies. My mission is to build on Freemelt’s successful development with the ambition to position Freemelt as one of the leading global companies in the rapidly growing 3D printing industry.”

“3D printing in metal is currently in a very expansive phase with a lot of manufacturing companies in the process of transferring production in exciting and large applications from traditional manufacturing methods to 3D printing,” he added.

Ljungblad said, “When I took over as CEO in 2019, we were ten employees and we had just delivered our first Freemelt ONE system. The journey we made under my leadership, including listing on the Nasdaq First North Growth Market, which has now resulted in continuous good sales and a substantially bigger but still unique and qualified team of thirty-five people. This has been extremely stimulating and something I am proud of.”

“It is on my initiative that the change takes place, and I am very pleased to hand over to Daniel Gidlund. This will enable us to establish the right circumstances to capture Freemelt’s full potential. My commitment at Freemelt continues with full dedication, and I am very excited to get the opportunity to 100% focus on what I think I am best at – technology development, innovation, and external communication – towards the 3D printing industry,” Ljungblad concluded. 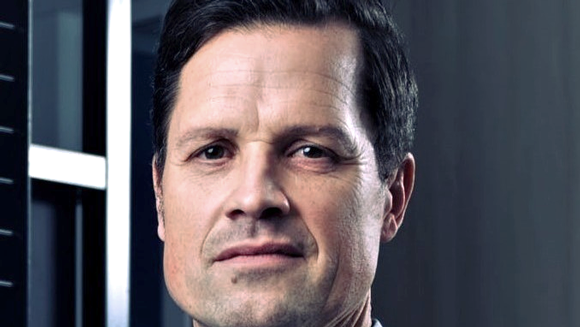