“Boeing and Millennium are bringing together Boeing’s production expertise, domain knowledge, and manufacturing capacity with Millennium’s agility and rapid prototyping,” stated Jim Chilton, senior vice president of Boeing Space and Launch. “We’re scaling and growing to fulfil our customers’ vision for multi-orbit constellations with demand across markets and mission sets.”

“Our customers need satellites on-orbit faster than ever,” Chilton remarked. “Much like an airplane or auto production line, we’re employing lean production principles and advanced manufacturing techniques to accelerate delivery and pass on cost savings to our customers.”

Millennium’s team will staff the small satellite factory, bringing the subsidiary’s proven processes and infrastructure, in addition to environmental test capabilities tailored to small satellites. Boeing will also provide access to extensive environmental and speciality testing capabilities that have qualified some of the most iconic spacecraft, including the first vehicle to make a fully controlled soft landing on the moon and more than 300 satellites.

“Understanding security protocols and how to build secure systems is critical to national security space, and this is an area where Millennium and Boeing excel,” added Kim. “We’re excited to leverage this impressive capability to support our customers’ critical missions.” 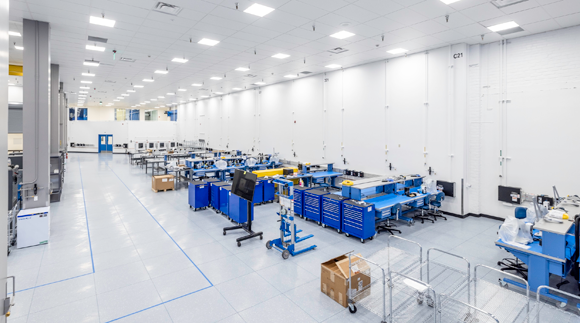