Additive Industries, Eindhoven, the Netherlands, has announced that the Safran Additive Manufacturing Campus (SAMC), part of the Safran Group, has deployed its flagship MetalFAB1 industrial AM machine. The SAMC originally installed the MetalFAB1 in June 2021 for testing and, after preliminary acceptance in July 2021, the company has now officially accepted the system.

Safran reportedly selected the MetalFAB1 AM machine for its high quality capabilities, its safe operation and the productivity gains it offers. The company stated that it intends to use the new machine to manufacture highly complex parts for its aviation, defence and space businesses.

F X Foubert, CEO of SAMC, commented, “With the integration of a MetalFAB1 AM printer in Safran, we have the ambition to meet the challenge of performance at the right level of quality of raw material and productivity for Aluminium, who underlines the good relationship with Additive Industries, and which makes us confident about reaching our ambitious targets.”

Safran, active in the global aerospace and defence sectors, aims to provide safer and more sustainable aviation. The group has a reported 76,000 employees and sales of €16.5 billion in 2020. It is reputedly is the largest aerospace engine company in Europe and a number one user of AM systems in the European aerospace market.

“We are honoured that Safran has chosen the MetalFAB1 technology and our company, and we are excited to embark on a long term partnership in developing the technology and applications together with Safran Group,” stated C. Howe, CEO at Additive Industries. “We are convinced our technologies have an excellent fit with the highly technical market Safran is operating in and we are committed to contributing to Safran’s endeavour in developing new applications with Additive Manufacturing, including high productivity and quality, combined with maximum safety for the workforce.”

Stéphane Escalier, Director Business Development France at Additive Industries, added “We are proud to acknowledge, that with the support of their first MetalFAB1, the Safran’s Additive Manufacturing Centre has been able to produce their first aeronautical parts at their new site. We are looking forward to expanding the range of the applications and materials in this intense and strong collaboration.” 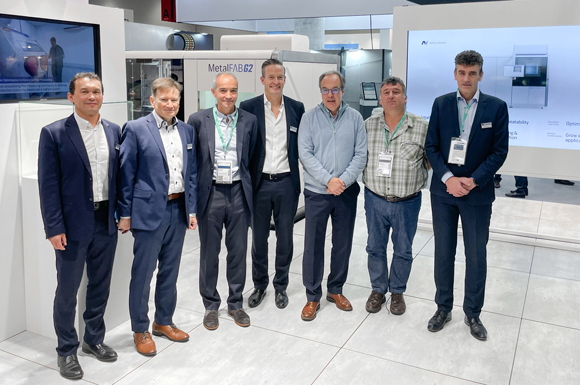