Since 2016, Maxar has built and launched five spacecraft with 260 titanium components produced by Zenith Tecnica using AM processes. More than 270 additional parts are reported to be currently in production and assembly on a further eight satellites.

“Maxar is committed to Additive Manufacturing and is a fantastic customer,” stated Peter Sefont, Technical Director, Zenith Tecnica. “Its team is pragmatic and collaborates with suppliers to successfully leverage all the benefits that Additive Manufacturing has to offer. We are incredibly proud to be playing a part in the manufacturing of their spacecraft.”

Zenith Tecnica manufactures titanium hardware for spacecraft structures. The company is able to optimise hardware geometry and thermal characteristics for specific satellite features and payloads by leveraging AM to best suit the needs of its customers. The result of this optimisation is reduced mass, fewer pieces of hardware and improved life on-orbit.

Since the introduction of AM into the production of spacecraft components, Maxar has achieved many reported benefits, including improved schedule agility, reduced manufacturing costs and increased performance of its satellites.

“The team at Zenith Tecnica operates as an extension of Maxar’s team, and they always go the extra mile to ensure parts are delivered to a high standard of quality,” added Gina Ghiglieri, Additive Manufacturing Technology Manager, Maxar. “Zenith Tecnica has been with us since the first metal Additive Manufacturing programmes at Maxar and has performed a critical role in helping define and qualify these production processes.”

Maxar was a relatively early adopter of AM technologies, establishing its Additive Center of Excellence in 2012. As a result, Electron Beam Powder Bed Fusion (PBF-EB) titanium was qualified for flight, and, by 2016, the first components were on-orbit.

Zenith Tecnica undertook a validation and qualification process in order to gain confidence in the Additive Manufacturing processes and material. The AM titanium parts are built using GE Additive Arcam EBM machines. The parts are then heat treated before critical assembly features are machined. Zenith Tecnica performs 3D scanning inspections to ensure all parts conform to specifications.

In addition, Zenith Tecnica has a rigorous training system for all team members. The company’s senior engineers and technicians have some of the highest levels of OEM training in PBF-EB provided by GE Additive. They are also required to have first-hand experience with every process in their facility to provide well-rounded expertise to customers. Guided by an AS9100 quality management system, Zenith Tecnica is able to offer agile manufacturing with accuracy and reliability. 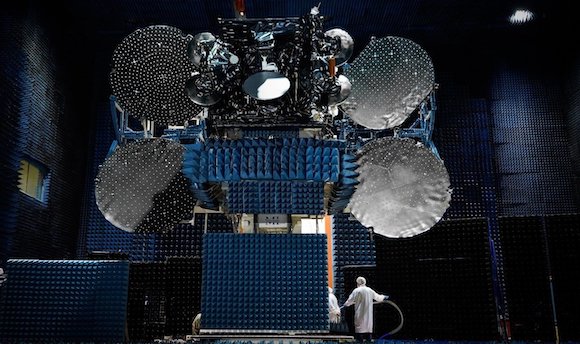