Reported to be America’s only privately funded company that focuses solely on rocket propulsion, Ursa Major compressed the production and delivery cycle to one month using metal AM, compared to a minimum of six months using traditional manufacturing processes. Ursa Major’s rocket engines are more than 80% additively manufactured (by mass) and primarily built and tested in its Berthoud headquarters.

“Speed is of the essence when it comes to producing rocket engines right now because lack of propulsion is causing a significant bottleneck in U.S. access to space and hypersonics testing,” stated Joe Laurienti, founder and CEO of Ursa Major. “The Ursa Major facility in Youngstown is playing a pivotal role in accelerating our customers’ time to market in both commercial and government sectors.”

The Advanced Manufacturing Lab was critical to rapidly redesigning Ursa Major’s ‘Ripley’ engine from a 35,000 to 50,000-pound thrust engine in order to meet market demand. The technical lessons learned from Ripley and the methods and materials produced in this facility are now contributing to the development and testing of their two other rocket engine programs – the ‘Hadley’, a 5,000-pound thrust, oxygen-rich staged combustion engine used in small launch and hypersonics, and the recently announced 200,000-pound thrust ‘Arroway’, designed for medium and heavy launch.

Ursa Major’s flexible rocket engines can be used for a range of missions, from air launch to hypersonic flight to on-orbit missions with many restarts. The company has built and tested more than fifty staged-combustion rocket engines to date and plans to deliver thirty customers by the end of 2022. To date, Ursa Major engines have accumulated more than 36,000 seconds of run-time, said to be far more than a typical engine is tested prior to the first flight. 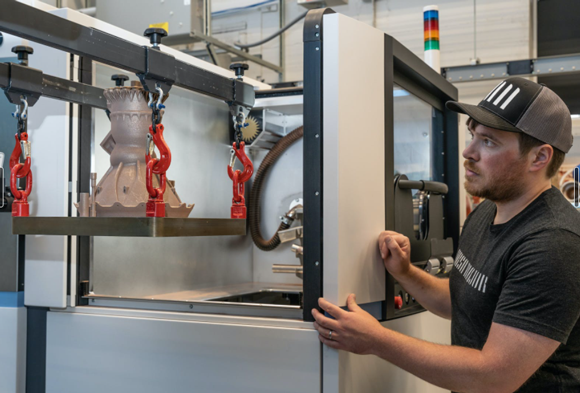