SPEE3D, headquartered in Melbourne, Australia, has introduced the XSPEE3D, a containerised and deployable cold spray metal Additive Manufacturing machine that was designed following extensive fieldwork conducted in collaboration with the Australian Army. Capable of full operation in almost any location that a shipping container can be transported, the XSPEE3D includes all auxiliary equipment and necessary functions to build metal parts, requiring only a connection to electrical power.

The XSPEE3D’s cold spray process is reported to be around 1,000 times faster than alternative Additive Manufacturing options, and can build one or multiple parts simultaneously. SPEE3D states that the AM machine can be deployed to remote locations and helps maximise productivity, strengthen inventory and support the supply chain.

“One of the most significant issues the military faces today is the ability to resolve critical spare part requirements in the field, a challenge that worsens in the face of global supply chain issues,” commented Byron Kennedy, CEO of SPEE3D. “With the introduction of the XSPEE3D, we’re solving this issue with the ability to make reliable and affordable metal parts from anywhere, including in harsh, remote military field conditions. We understand the operational, economic, and supply chain issues defence faces and look forward to continuing to work with them to help solve these challenges.”

According to SPEE3D, the XSPEE3D can additively manufacture metal parts from over twelve metal alloys, including copper, stainless steel, titanium, high-strength aluminium and nickel-base carbides. It is capable of withstanding extreme heat and rough terrain in the field.

The UK’s Manufacturing Technology Centre (MTC), an independent research and technology organisation that works with the military and leading companies, is reported to be the first organisation to utilise the XSPEE3D AM machine through its partnership with SPEE3D.

Dr Ken Young, Director of Technology at the MTC, stated, “Our goal at the MTC is to bridge the gap between industry and academia to showcase the world’s foremost technologies to our wide-ranging clients, including those in defence, and metal 3D printing is crucial for us to understand and teach them. We chose the XSPEE3D for its unique capability to be deployed in harsh environments, which makes it ideal for military use or for the creation of spare parts in remote locations. This opens up a new area of application for Additive Manufacturing that until now has been unachievable.”

SPEE3D has been involved in field testing of their deployable technology with the Australian Army and Australian Navy since 2019. SPEE3D is no stranger to partnering with the military. The company recently announced that its WarpSPEE3D machine successfully built parts on a naval ship as part of the NCMS (National Center for Manufacturing Sciences) REPTX exercise. 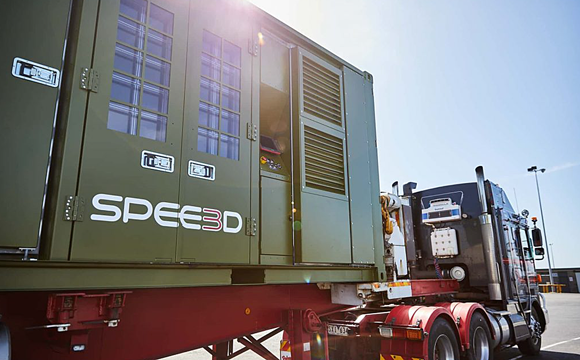