The machine will be installed at TAI’s Ankara, Turkey, plant, where it will be used to additively manufacture what are believed to be some of the largest titanium aerostructures in the industry. The contract between TAI and Sciaky also includes collaboration on a series of projects aimed at optimising TAI’s use of the EBAM 300 machine and its technology.

On top of its technical specifications, the machine can quickly switch over to an Electron Beam Welder (EBW) for large-scale welding applications. TAI will also have the advantage of combining EB welding and AM functionality for applications that require both technologies.

“Sciaky’s EBAM systems are the most widely sold, large-scale DED metal 3D printers in the world, having approved parts on land, sea, air, and space applications,” stated Scott Phillips, president of Sciaky, Inc. “We applaud TAI’s vision for innovation and their ambitious plans to 3D print some of the largest titanium aerostructures in the world.” 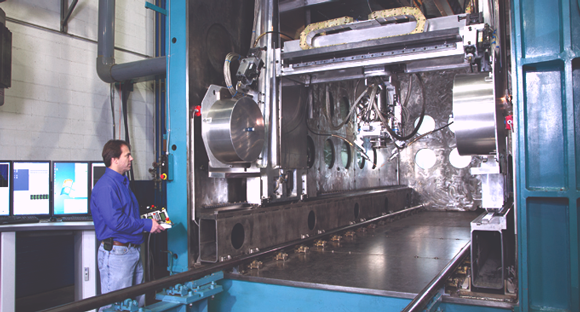