Sandvik AB, headquartered in Stockholm, Sweden, has released its interim report for the second quarter of 2022. Order intake was stated to be SEK 28,740 million, up 32% from the same period in 2021. Revenue amounted to SEK 27,050 million, an increase of 34% – or at fixed exchange rates an increase of 25%, of which organic growth was 6%.

“We have delivered another strong growth-quarter and despite the wide-scale macro imbalances we continued to see solid demand in our businesses. Many acquisitions were successfully completed last year, all of which strengthen our offering and positions. These too have contributed to the solid growth of the top line,“ stated Stefan Widing, Sandvik’s president and CEO.

Adjusted EBITA amounted to SEK 5,141 million, corresponding to a margin of 19%. Items affecting comparability amounted to SEK -1.1 billion mainly related to the wind-down in Russia. “The pausing of the business in Russia, eventually followed by the decision to wind down, has naturally impacted the development. Excluding Russia, both order intake and revenues grew organically by 10%, the sixth consecutive quarter of double-digit organic growth,” continued Widing.

Excluding Russia, both order intake and revenues grew organically by 10%, reported to be the sixth consecutive quarter of double-digit organic growth. Profit for the period amounted to SEK 2,627 million, down from SEK 3,159 million in Q2 2021.

Following the announcement last year that Sandvik Materials Technology is to be listed as a separate company and rebranded Alleima, Widing stated, “This will be the last quarter I will comment on Sandvik Materials Technology’s performance, as the separation is closing in, planned on August 31 this year. Overall, the market demand was strong and broad-based, with an increased number of umbilical orders. Organic order intake grew 26% year on year, and excluding major orders, growth was 21%.”

Concluding, Widing added “We have experienced solid demand throughout the business, with regional disruptions distorting the overall performance. On a broader scale, macro-economic imbalances must be managed, but we have continued to stay focused on the business and executed on our shift to growth strategy. We have a clear set of strategic ambitions and new financial targets, for which there is a strong commitment to deliver on. Even though uncertainties lie before us, I am confident that our leading positions, the work we have done to become more resilient, and our experience and agility will enable us to deliver on these targets.” 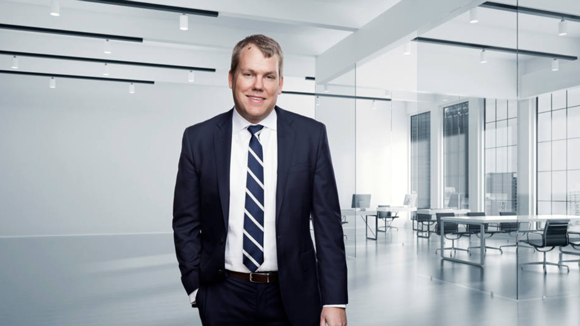