“We are pleased to be Leonardo’s supplier,” said Karl Fossum, director of customer programs for Norsk. “This delivery marks a significant increase in the number of additively manufactured parts previously manufactured from titanium plate. It also is an important step towards our mission to provide an alternative to titanium forgings in aerospace applications.”

The delivery is reported to add a third production customer to Norsk’s commercial aerostructures customer base, and represents Norsk’s first recurring production order from a European Union based aerospace company. 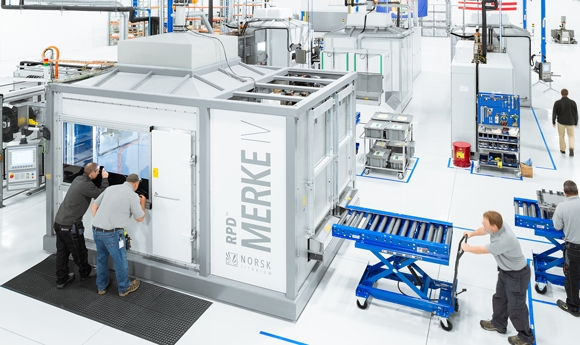