Impact Innovations, Rattenkirchen, Germany, has released its latest cold spray system: Impact EvoCSII. The basis of the system’s ‘plug and play’ design was drawn from the experiences of the last decade. The company states that it is now able to offer its customers consistently high quality for single part and series production, based on a durable, maintenance-friendly system architecture through intelligent process control.

Due to the parallel operation of up to four Impact Powder Feeders, the new Impact EvoCSII is well suited for serial production. It is also possible to operate two Impact Spray Guns in parallel, for double-sided coating or simply higher capacity. Due to a higher number of sensors, data recording and an integration in higher-level control, the process reliability has increased significantly from previous iterations.

The EvoCSII system has a modular system structure, which can also be expanded as required at a later point in time, while offering compatibility for all existing additional components. Furthermore, the necessary interfaces for future developments have already been integrated into the open interface system, which hosts new software architecture with a simplified operating concept. 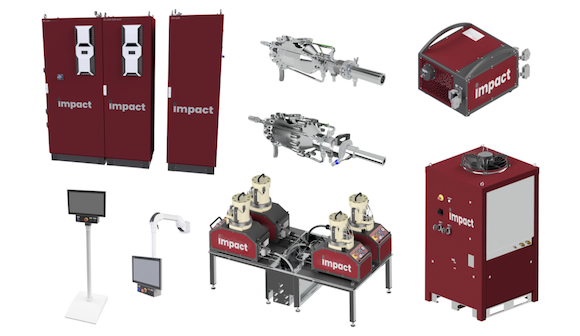