Desktop Metal, Burlington, Massachusetts, USA, has increased the production of its Studio Systems. The company is now reportedly shipping at a rate of 550 complete systems per year, with a two-week delivery time for new orders to customers throughout the USA and Canada.

According to Desktop Metal, over a period of six months, Studio Systems have been used to produce more than 8,000 parts globally. Key use applications reportedly include functional prototyping of extruder nozzles and shock absorber pistons; jigs and fixtures including robotic end effectors and break calliper fixture; manufacturing tooling of zipper moulds inserts and extrusion dies; and low volume production of gears and motor mounts. Each of these benchmark parts has reportedly shown a reduction in cost, some by as much as 90% relative to machining and Laser Powder Bed Fusion (L-PBF) as well as speed in fabrication, which enables the company to reportedly produce parts in days rather than weeks or months.

Ric Fulop, CEO and co-founder of Desktop Metal, stated, “Leading companies, such as Ford, Google’s ATAP, Goodyear, BMW, and ProtoLabs, are now benefiting from the ease of use and accessibility provided by the Studio System. To meet continued demand, we have scaled up production capacity to allow us to deliver complete systems for fast installation.” 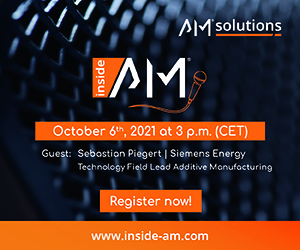