Blackstone Resources AG, headquartered in Baar, Switzerland, is reportedly considering taking its subsidiary, Blackstone Technology GmbH, public in the US in order to raise additional capital and further diversify its investor base. The company states that it is currently in talks with a number of large private equity firms and investment banks, leveraging its ready-to-manufacture battery technology to gain interest.

The company also reports that it is ready to go into production on its additively manufactured solid-state batteries as soon as September 2021 following on from months of testing. Blackstone has a battery factory, scientists, engineers and strong strategic partnerships with leading academic institutions in both Switzerland and Germany, including the Fraunhofer Institute in order to best facilitate the battery’s entrance into the market.

The company’s entry into the US could be through a special purpose acquisition company (SPAC), via reverse merger listing, leveraged buyout or an IPO in the US. It represents a strategic move that Blackstone hopes will firmly establish it as a globally diversified company with an investor base that supports expansion plans.

The AM technology developed by Blackstone enables the manufacturing of electrodes with far more layers, leading to the development of ‘Blackstone Thick Layer Technology’. This is reportedly cheaper and 20% more energy dense than traditional batteries, an increase which could translate to electric vehicles having a 20% larger range.

Currently, Blackstone Resources AG (BLS) is listed on the Swiss SIX exchange and has invested huge amounts into its subsidiary Blackstone Technology GmbH. The BLS stock has reported good liquidity and healthy trading volumes; business has been good in all the invested segments. 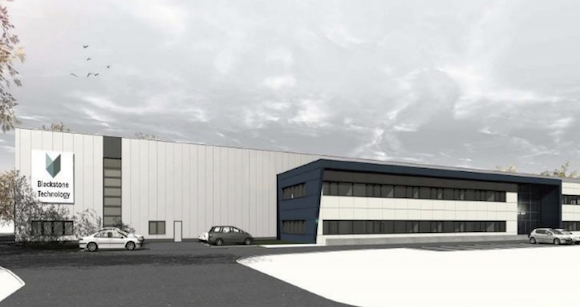