The D623 is capable of depositing harder metals than the company’s D523 low pressure system, building on the earlier machine’s capabilities such as wear-resistant coatings and restoration of high-wear parts, among other updates.

The first sale was made to material science company Neue Materialien Bayreuth GmbH, Germany which has extensive experience in additive and traditional manufacturing methods. This D623 has been built and delivered to Neue Materialien, with Titomic having recognised this revenue. Neue Materialien intends to use the D623 to restore metal coatings & parts for their client base and for research & development.

The second D623 System has been sold to Universidad Rey Juan Carlos in Madrid, Spain, and is planned for delivery in the near future. The machine is intended to be used to add capabilities to the company’s current AM range, and will also be used extensively for research & development.

“It’s exciting to have received two commercial orders from two innovative and leading organisations. These sales further demonstrate the growing trust and demand for our technology that’s building in key markets, such as Europe,” stated Herbert Koeck, Managing Director, Titomic. “The development of this system adds strength to our product portfolio, and further cements the company as a leading cold spray and advanced manufacturing provider. Titomic now has a significantly varied cold spray offering, enabling us to add value to a broad range of industries and manufacturers.” 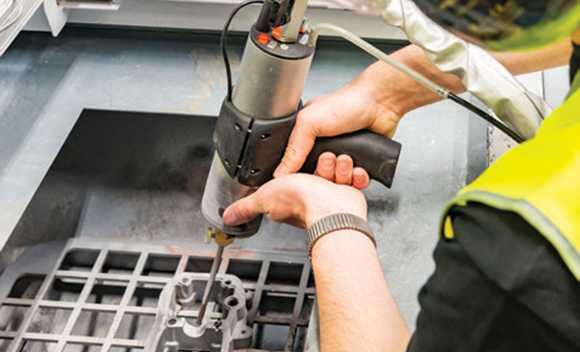