SPEE3D, headquartered in Melbourne, Australia, successfully conducted the first hot fire test of a prototype rocket engine at a test site in Darwin, Australia, in September 2022. This occurred as part of the government-backed SPACE3D project, which aims to help support the space industry as a whole as well as the economy and job market of Australia’s Northern Territory.

SPEE3D’s laboratory prototype is the first of a series of rocket engines and components to be designed, manufactured, and tested over the next eighteen months. It was designed to utilise the company’s cold spray Additive Manufacturing technologies, as well as other new manufacturing processes that collectively aim to deliver reusable rocket engines within lead times and costs significantly lower than traditional technologies.

Nicole Manison, Australia’s Minister for Advanced Manufacturing, added “We are thrilled the SPACE3D programme is helping to revolutionise the space industry in Australia, and this successful test symbolises a significant step forward.” 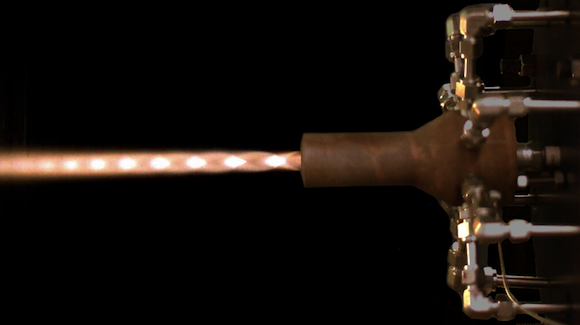