The new furnace was developed while the company was in the process of improving the insulation in its sintering furnaces, to reduce heat losses and limit skin temperature in AM parts. During this process, the company explains that the detrimental side effect of a lengthy cooldown time became apparent. The rapid cooling furnace is said to mitigate this effect.

Rapidia’s new furnace is available in the same compact size as the company’s earlier furnace designs, sized to fit through an office door and occupy a minimal footprint. In the new model, the need to install a vent to the building exterior has been eliminated by the addition of a high-end activated carbon filter, while the power requirements remain unchanged.

Using the rapid cooling furnace, the entire sintering cycle can reportedly be completed in about twenty hours. As parts produced using Rapidia’s Material Extrusion (MEX)-based AM process, which uses water as the binder, do not require a debinding step, it is said that parts can be built and sintered to completion in under twenty-four hours. 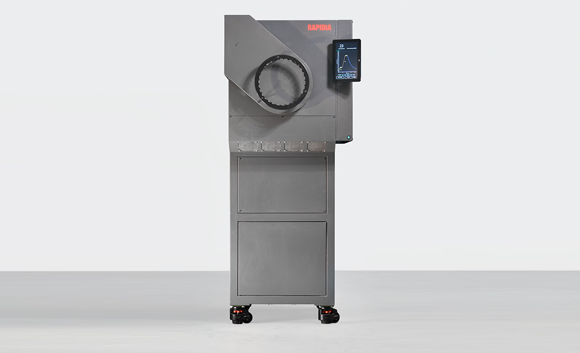