Spaceflight company Orbex, headquartered in Forres, Scotland, UK, has secured £40.4 million for its Series C funding round, led by new investor the Scottish National Investment Bank. The new round of funding is anticipated to allow the company to scale up its resources as it counts down to the first vertical launch in the UK, as well as unlocking additional funding for future projects.

The Prime rocket will launch from the Space Hub Sutherland spaceport near Tongue, on the North coast of mainland Scotland, which is expected to be the UK’s first operational spaceport. Orbex applied for a space launch license from the UK’s Civil Aviation Authority in early 2022.

The Prime rocket is anticipated to be the first orbital rocket to be powered by a renewable bio-fuel – Calor’s Futuria Liquid Gas, a form of bio-propane which may play a part in reducing the carbon footprint of space launches by up to 96% when compared with similarly-sized launch vehicles powered by fossil fuels. The sustainability credentials extend to the company’s ‘home’ spaceport of Space Hub Sutherland, which aims to become the world’s first carbon-neutral spaceport.

Orbex is currently performing a wide variety of integration tests, including the testing of the main propellant tanks and engines, as well as testing launch procedures including rollout, strongback erection, and fuelling procedures in advance of the first launch, which will carry a payload developed by Surrey Satellite Technology Limited, reputedly one of the world’s largest small satellite developers.

“We’re delighted to have closed this new funding round led by the Scottish National Investment Bank,” stated Chris Larmour, CEO, Orbex. “Orbex has made significant progress to get to this point, with the invention of ground-breaking, innovative technology, the rapid development and testing of the launch vehicle, the expansion of our manufacturing footprint in the UK and Denmark, the creation of the UK´s first orbital spaceport in mainland Scotland, and the growth in customers from the UK, Europe and America signing up to launch dedicated payloads with Orbex.”

Larmour concluded, “These results have only been made possible by the maturity and dedication of the entire Orbex team, who bring a huge amount of skill and experience to their tasks from a wide variety of industries, launch systems, and spacecraft. This significant new funding round is testament to the work of that team and will allow us to continue to build Orbex towards our long-term goal of establishing a reliable, economically successful, and environmentally sustainable European space launch business.” 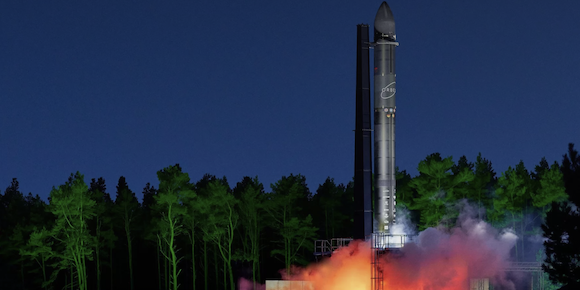