Orbex, a UK-based spaceflight company with headquarters, production and testing facilities in Scotland, and design and testing facilities in Denmark, has commissioned AMCM to build the largest industrial Additive Manufacturing machine in Europe, allowing the company to rapidly build complex rocket engines. The custom-made, large-volume system will allow Orbex to build more than thirty-five large-scale rocket engine and main stage turbopump systems annually, as the company scales up its production capabilities for launches.

The multi-million pound deal was signed with AMCM, an EOS Group company that offers customised, modified and enhanced EOS systems tailored to customer requirements, following a series of successful trials building various large-scale rocket components over a number of months. AMCM will deliver a complete AM suite, with post-processing machinery and ‘Machine Vision’ systems, providing automatic imaging-based inspection of AM components. To accommodate the new machinery, Orbex is expanding its factory floor space by an additional 1,000 m².

The new AM machine will build rocket parts using a custom blend of metals, including titanium and aluminium, to create a lightweight system designed to withstand the temperature and pressure extremes of spaceflight. Orbex will build components such as rocket engines as a single piece, eliminating the weaknesses which can arise from joining and welding.

The AM rocket components will be critical parts of Orbex’s launch vehicle, a 19 m long ‘microlauncher’ rocket, designed to deliver small satellites into polar orbits around the Earth. Planning permission was granted for Orbex’s home spaceport, Space Hub Sutherland, at the A’Mhoine peninsula in Sutherland, Scotland, in August 2020. The A’Mhoine site is currently the only UK spaceport to receive planning permission, with construction expected to begin in 2021 and the first orbital launch expected in 2022.

Uniquely for a commercial rocket, Prime is fuelled by bio-propane, a clean-burning, renewable fuel which reduces CO2 emissions by 90% compared to kerosene-based fuels. The Prime rocket was designed to be re-usable, incorporating a novel recovery and reusability system. The rocket has also been designed to leave zero debris in orbit around the Earth.

“Although our rocket engines and other critical systems are already quite mature after years of testing, a large-scale in-house 3D printing system like this gives us far greater speed and agility as we ramp up production,” stated Chris Larmour, CEO of Orbex. “It means we can continue to iterate and drive up performance even further. Longer term, as we get ready for multiple launches per year, it will give us greater control over our costs and supply chain. After exhaustive trials, the results we’ve seen from AMCM were very successful and we’re confident that we’ve made the right choice of partner.”

“Investing in a large-scale 3D printing system like this says a lot about Orbex’s ambition in the European spaceflight sector,” added Martin Bullemer, MD of AMCM. “If they are to lead the European market, they need the production reliability and speed that a large-scale 3D printing system like this will give them. And although this is a major purchase, it will allow for significant cost control for Orbex in the years to come.”

Orbex recently announced that it had secured $24 million in a funding round led by BGF, said to be the UK’s most active investment company, and Octopus Ventures, one of the largest VCs in Europe. The additional funding brings significant new investment in high technology employment opportunities and large-scale production facilities in the Highlands region of Scotland. 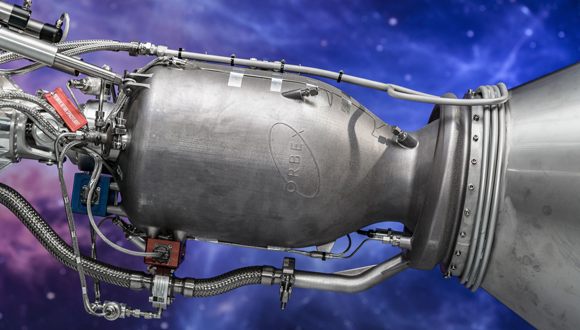 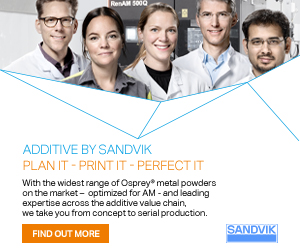