A metal additively manufactured diesel nozzle holder has been delivered by drone from Mongstad, Norway, to gas producer Troll A’s offshore oil platform in the North Sea, according to Equinor ASA, a Norwegian state-owned multinational energy company headquartered in Stavanger.

Using drones to deliver parts on-demand is expected to enable offshore companies to avoid some vessel lifts that can be costly and leave a greater environmental footprint. The flight, a test run and the first of its kind, spanned around 80 km and took about one hour.

The diesel nozzle holder transported is a critical component in the lifeboats on Troll A. Because it is no longer manufactured and is difficult to obtain, it was redesigned and modelled in 3D before being additively manufactured in Inconel 718.

“Over the longer term, we expect to see new infrastructure for logistics and support operations, which can reinforce what we already have within vessels and helicopters,” stated Alena Korbovà Pedersen, who heads the work on developing logistics solutions in Equinor. 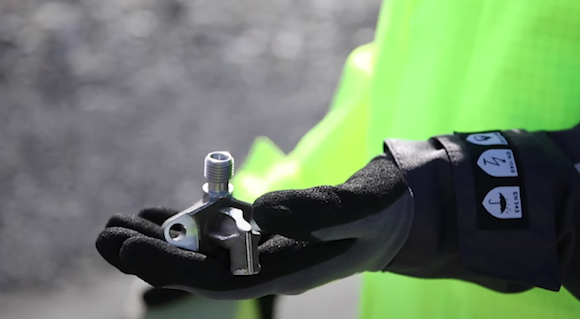