Velo3D, Campbell, California, USA, reports that Hermeus, an aerospace company headquartered in Atlanta, Georgia, USA, has acquired two Velo3D metal Additive Manufacturing machines, an original Sapphire and a large-format Sapphire XC. Both AM machines will be calibrated for Inconel 718 and used to build parts for Hermeus’ Chimera engine and its Quarterhorse aircraft.

“Metal Additive Manufacturing is a core component of our plan to vertically integrate production,” stated Glenn Case, CTO at Hermeus. “As we explore the capabilities of Velo3D’s Additive Manufacturing technology, we’ll be looking for ways to increase performance, consolidate components, reduce weight of our aircraft, and minimise external dependencies.”

Velo3D explains that its metal AM technology has seen significant adoption in the hypersonics and NewSpace industries due to its ability to build the complex, mission-critical parts engineers need without compromising design, quality, or performance. Customers can build existing designs without the need to design the parts for AM or obtain specialised training. The company’s solution also helps teams iterate on designs more quickly and greatly simplify supply chains.

Founded in 2018 with the aim of advancing air travel with hypersonic aircraft, Hermeus has received more than $130 million in funding, including a $100 million Series B and contracts with the U.S. Air Force. It has support from NASA and other U.S. government agencies, as well as funding from RTX Ventures, the venture capital group of Raytheon Technologies.

Benny Buller, Velo3D CEO and founder, commented, “Hypersonics is an extremely challenging subset of the aviation industry and at the speeds that Hermeus will achieve, temperature, vibration, and aerodynamics play major factors in the flight of the aircraft. There are not many teams with the deep experience in hypersonics, aviation, and space flight that Hermeus has, and we’re truly honoured to provide Sapphire printers to help them achieve their goals. I have no doubt that they will bring their vision to life and make hypersonic commercial flight a reality.” 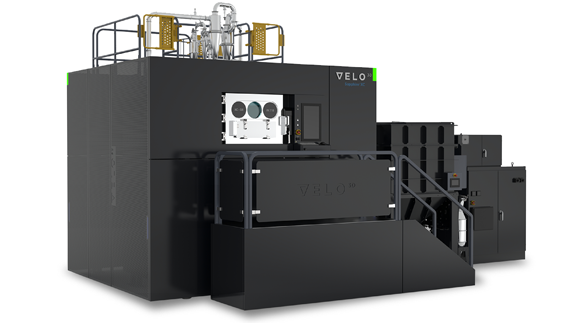