Traditional FFF extruders feed the filament into the melt zone via one or two drive gears, thus limiting the number of points of contact between the drive system and the filament to two, at most. At higher speeds, or increased extrusion forces, this can result in slipping and subsequent under-extrusion. FuseLab claim to have resolved this with a design based on three drive rollers each offering twelve points of contact: a total of thirty-six engagement points between the drive mechanism and the filament.

The increase in points of contact is said to be particularly beneficial for additively manufacturing with metal-powder-based filaments, which are more fragile due to high metal powder/low binder makeup. The distributed contact of the FL300M’s rotary extruder is intended to minimise the risk of filament failure. In addition, the non-slip characteristic of the extruder reportedly eliminates under-extrusion, resulting in higher densities, something especially desirable in metal parts.

While the FL300M is optimised for metal powder filaments, it is multi-material capable, with an open filament system allowing for filaments up to 2.85 mm in diameter. The enclosed build chamber, with a build volume of 300 x 300 x 280 mm, features HEPA filtration. Its motion system is uncoupled from the enclosure.

In advance of Formnext 2021, FuseLab has released a short demonstration video in which the FL300M additively manufactures a manifold using 316L. Sales are expected to begin in early 2022. 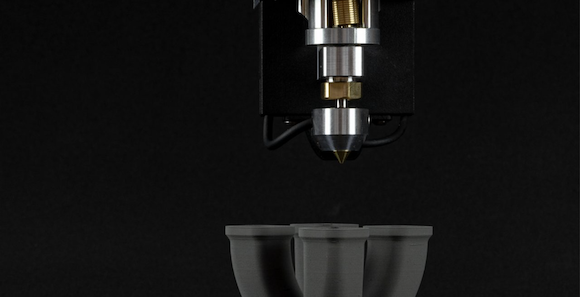