Fraunhofer Institute for Laser Technology (ILT), Aachen, Germany, and industry partners’ IDEA (Industrialisation of Digital Engineering and Additive Manufacturing) have demonstrated how large corporations and SMEs can both utilise Additive Manufacturing for medium-sized production runs when automation and digitalisation are leveraged throughout the process chain.

In the past, it was commonly assumed that mass production with metal AM was too expensive and time consuming to be viable for industries other than aerospace or medical.

Eleven industrial companies and four research institutes from Aachen have refuted the argument by looking at the AM process chain in its entirety within the IDEA project, completed in October 2022. Funded as part of the BMBF’s Line integration of Additive Manufacturing processes (LAF) funding initiative, the project consortium developed a large-scale industrial pilot production line at the Siemens Energy gas turbine plant in Berlin and a production line for SMEs at toolcraft AG in Georgensgmünd. The digital twin of the factory, developed for SMEs and large-scale series production, was reportedly able to significantly reduce product costs even before construction and operation.

After intensively developing and implementing many sub-processes along the AM chain, the partners created two automated, modular production lines to demonstrate the maturity of AM as an industrial production technology. This is hoped to encourage manufacturing companies to use digital AM in series production.

The positive feedback from the operators of the lines illustrates that individual mid-series products can be mass-produced using Laser Beam Power Bed Fusion (PBF-LB).

“We were able to demonstrate for our demonstrator component, a turbine guide vane, that the planned reductions in development and throughput times of around 50% can be achieved by taking a holistic view of the production chain from design to finished product,” stated Julius Schurb, IDEA project manager, from the Siemens Energy gas turbine plant in Berlin. “These results will enable us to further advance the industrialisation of Additive Manufacturing and offer key components of our gas turbines at competitive costs, even in small quantities.”

The idea of serial AM being utilised by SMEs can be backed up by toolcraft, a medium-sized company that uses AM processes for series production. This company specialises in the production of tools and injection moulded parts, as well as precision components and assemblies for the aerospace industry, semiconductor industry and medical technology.

“In the IDEA project, we succeeded in completing important development steps, including being able to better map an integrated, end-to-end manufacturing chain made up of sub-processes,” added Markus Langer, head of Digital Transformation/Technology and Development Promotion at toolcraft. “Manual work steps were substituted by automation solutions, which helped us achieve higher process stability and quality. In order to use real data virtually, we also need to highlight digitalisation, which must be considered globally for the production of additively manufactured components. It was also important, for example, to use VR goggles to transfer analog data, as further developed in IDEA, to digital work plans, to work and test instructions and interactive training. This way, we could accompany the employees in the highly complex task environment in the best possible manner.”

The interdisciplinary composition of the IDEA project team brought together experts in turbomachinery, digitalisation, automation, aircraft technology, post-processing, laser and AM technology, among others – this mixture was said to be a key factor to the project’s success. Users did not have to start from scratch on the project.

Thomas Laag, research associate at Fraunhofer ILT, explained, “Since the aerospace industry has very high safety standards, the application of laser beam melting sinks or swims with intensive quality assurance along the process chain. Within IDEA, the partners focused particularly on rule-based monitoring of the powder condition, robust process qualification of multi-laser machines, and the further development of solutions for automated process monitoring.”

Fraunhofer ILT developed a process control system with pulsed laser radiation for PBF-LB, a system that can improve the detail resolution and prevent fewer shape deviations. It also reduces the effort required for post-processing and makes it possible, for example, to manufacture complex geometries that have greater detail resolution and a higher combustion efficiency.

In addition, a novel imaging monitoring system was developed and evaluated at Fraunhofer ILT. A high-resolution stereo camera can detect process instabilities such as component distortion or powder bed defects. Since the camera system is mounted on the coater, it can, in principle, also be retrofitted to existing machines. In cooperation with partner Jenoptik, Fraunhofer ILT demonstrated an AI-based evaluation of the measurement data.

Despite the different tasks, the two production lines have many things in common. The focus of IDEA was to digitally transform the entire process chain under the heading of digital engineering: Targeted automation, in conjunction with digital twins and modern product control systems, may ensure that all relevant production data is recorded and used continuously. The lines thus differ significantly from conventional Additive Manufacturing systems since the latter have largely isolated process steps and require many manual interventions, both of which can easily lead to ‘trial and error’ production and high component costs.

“In the field of Additive Manufacturing, the digital twin is revolutionising processes along the entire value chain,” stated Dr Karsten Heuser, VP of Additive Manufacturing at Siemens Digital Industries. “As a virtual image of the additive component, production process or performance, it enables us to seamlessly link the individual process steps. By using the digital twin, we could consistently increase the efficiency of the two industrial lines, minimise the error rate, as well as shorten the development cycles.”

A special feature of both production lines is the both physical and digital mapping of the AM process chain. This includes automated measurement methods for component geometry monitoring, the additive repair of turbine guide vanes and the automated finishing of additively manufactured components.

Those interested can find out more about Fraunhofer ILT’s research activities at Formnext in Hall 11.0, B32. 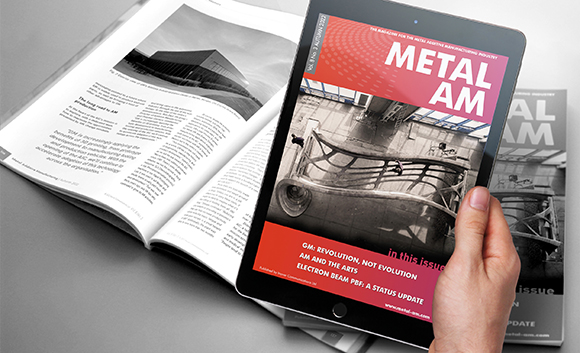