SPEE3D, headquartered in Melbourne, Australia, reports that building on the success of its latest field trial with its WarpSPEE3D metal Additive Manufacturing machine, it has once again been deployed by the Australian Army, during a two-week field exercise in the Northern Territory.

WarpSPEE3D offers large-format metal Additive Manufacturing,  using the company’s patented cold spray technology. According to SPEE3D, this enables significantly faster and more cost-effective metal part production than traditional manufacturing. It is capable of building metal parts up to 40 kg at a speed of 100 g per minute.

The AM machine arrived in Darwin, Australia, in early June and has since received a number of upgrades and modifications in the two months since its first deployment. The WarpSPEE3D print cell deployed as part of the 1st Combat Service Support Battalion (1 CSSB)’s larger Brigade Support Group to various field locations in temperatures up to 37℃ and 80% humidity, whilst additively manufacturing and machining genuine military metal parts.

The Australian Army announced a $1.5 million investment in a pilot of SPEE3D technology in February 2020, with a twelve-month trial designed to test the feasibility of deploying metal AM machines both on-base and in the field. SPEE3D states that it partnered with the Advanced Manufacturing Alliance (AMA) and Charles Darwin University (CDU) to deliver the programme with soldiers from the Australian Army 1st Brigade training in Additive Manufacturing at CDU since February. The programme aims to significantly increase the availability of unique parts to the army compared to what the regular supply chain can provide.

“This second field deployment proves our technology is a genuine solution for expeditionary metal 3D printing,” stated Byron Kennedy, SPEE3D CEO. “This two-week trial demonstrates the WarpSPEE3D is a robust workhorse that is capable of printing real parts and solving real problems in the field. It also proves that soldiers can take control of the whole workflow of creating the spare parts they need, from design to printing and post-processing, right here where they need them.” 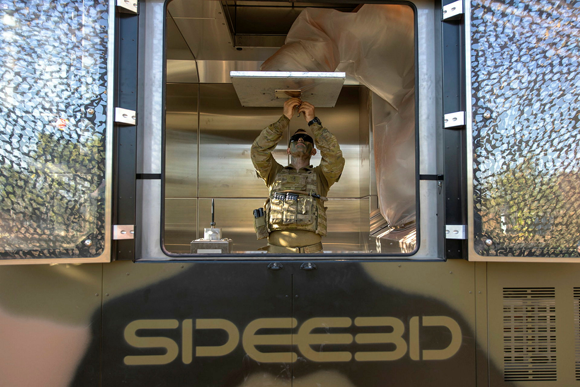