The UK government has released its National Space Strategy, setting out a long-term vision for how the UK can establish itself as one of the most attractive, innovative space economies in the world. It intends to empower British space businesses, worth over £16 billion a year, to innovate and grow by unlocking private finance, while positioning the UK at the forefront of international space research.

The strategy sets out plans to build on the country’s strengths in space, including satellite manufacturing and communications, while working with companies at the cutting edge of the latest advances in space technologies.

The UK already boasts a thriving space sector, employing over 45,000 people in highly skilled jobs – from space scientists and researchers to engineers and satellite manufacturers. The National Space Strategy looks to harness these strengths and support companies to seize future opportunities as the global space economy grows from an estimated £270 billion in 2019 to a projected £490 billion by 2030.

With the UK aiming to become the first country to launch a rocket into orbit from Europe in 2022, the National Space Strategy highlights the UK’s ambition to become the leading provider of commercial small satellite launches in Europe by 2030. It will prioritise the development of spaceports across the country to capitalise on the UK’s competitive strength in small satellite manufacturing.

Additive Manufacturing is already playing an important role in the development of the UK’s space industry. In February 2021, Orbex, a UK-based spaceflight company with headquarters, production and testing facilities in Scotland, and design and testing facilities in Denmark, commissioned AMCM to build the largest industrial Additive Manufacturing machine in Europe. The custom-made, large-volume system will allow Orbex to build more than thirty-five large-scale rocket engine and main stage turbopump systems annually, as the company scales up its production capabilities for launches. 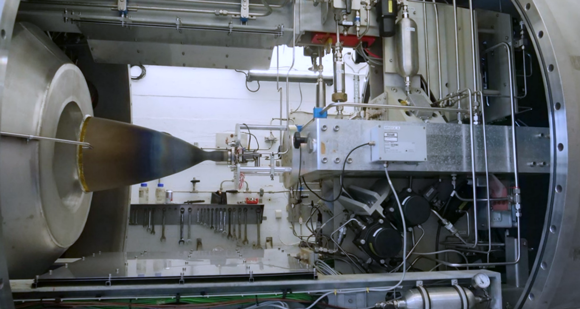