Relativity Space, Long Beach, California, USA, has outlined plans to operate one of the largest rocket engine test facilities in the United States. Through an agreement with NASA, Relativity intends to significantly expand its facilities and infrastructure at NASA’s Stennis Space Center in Hancock County, Mississippi. The new facilities are intended to support testing of Relativity’s entirely additively manufactured Aeon R engines for its reusable additively manufactured rocket Terran R.

“We welcome the growth of this valued partnership with Relativity Space,” stated Dr Rick Gilbrech, Stennis Space Center Director. “NASA is committed to working with commercial companies to help them achieve their space goals, and Stennis is a proven leader in enabling such partnerships. Since their arrival in the spring of 2018, Relativity Space has continued to grow as a respected member of the Stennis federal city. We look forward to their continued development as an aerospace manufacturing and launch company.”

Relativity will utilise over 150 additional acres within the Stennis Test Complex, with its own testing infrastructure being built on unutilised land north of the A & E Test Complexes. The company has begun ground clearing work for several new test engine stands, a full-scale second-stage stand, office buildings and a vehicle hangar. It has already begun testing Aeon R components across Relativity’s E2 test complex, with plans to build the first Aeon R engine & turbopump assembly and begin thrust chamber assembly tests for its Aeon R engines in the coming months at a leased E1 test cell. Full Aeon R engine tests are anticipated to take place in late 2023

Relativity currently occupies several operational facilities at Stennis, which include four exclusive-use test stands in the E4 area used for Terran 1 stage testing and Aeon 1 engine testing, two exclusive-use stands in the E2 area used for Aeon 1 engine and Aeon R component tests, and one cell on the E1 test stand available through a Reimbursable Space Act Agreement for Aeon R engine tests. Additionally, the company has expanded into several buildings that house its growing team and test control operations. These facilities have enabled over 2,000 engine tests, multiple successful mission duty cycles, and a fully-integrated stage testing of an additively manufactured orbital flight article – a first for Relativity and reputedly also a first for the aerospace industry as a whole.

Relativity’s partnership with NASA is intended to advance innovation, economic development, and job growth in the American Gulf Coast, while also progressing the company’s leadership in American aerospace development. Relativity has stated that it will continue to invest in regional workforce development programmes, university & education outreach, and community engagement initiatives.

“We’re looking forward to writing some new history at Stennis through an incredibly large new expansion of development and test capabilities,” stated Tim Ellis, co-founder and CEO. “We’re honoured to partner with NASA and are grateful for their support. We look forward to growing our Stennis-based team, who will be pivotal in our success of meeting many more first-ever milestones as we scale our Terran R programme.”

Don Kaderbek, VP, Test and Launch, Relativity Space, added, “The access to infrastructure in Mississippi is unparalleled. I look forward to working with NASA as the historic Stennis Space Center continues to evolve to support commercial space test programmes and to attract & hire top talent as we build the future of aerospace manufacturing. We know the history of excellence at Stennis and take great pride in being able to repurpose existing infrastructure that has withstood the test of time. But we will also build brand new test stands in a place so central and vital to American aerospace innovation.” 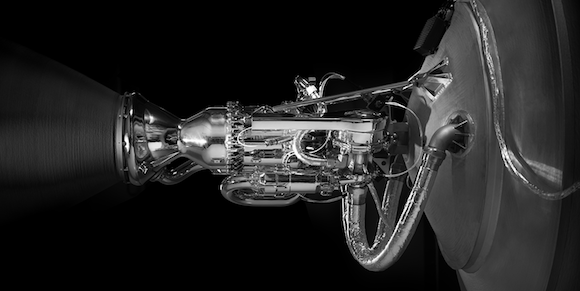