“Until now, we have revealed very little about our patented technology, and for good reason – we felt we had a tiger by the tail and wanted to gain as much advantage as possible,” stated Matt Sand, president. “But when our CTO [Payman Torabi] and his team put the final touches on our next-generation printer, we looked around the table and agreed it was time to show the world what we are building.”

“Simultaneously working hand-in-hand with production customers, we learned very quickly that the printer is actually only a small piece of the puzzle when it comes to mass production,” Sand continued. “In fact, everything up and down the production line affects our ability to win in the marketplace. So we gradually expanded scope from being focused only on the metal 3D printing technology to innovating up and down the entire production line.”

It was with this perspective that 3DEO’s digital end-to-end platform, the Manufacturing Cloud™, was conceived. This new Saffron machine is intended to represent the company’s mass production breakthrough, with its surrounding automation allowing for complete parts to be removed automatically and a new part begun without human intervention.

Sand concluded, “Imagine a world in which new products can be launched at the speed of software – in months, not years; and for thousands of dollars, not millions. Digital manufacturing, with 3D printing as the beating heart of the factory, will create this paradigm shift. This previously unimaginable manufacturing capability will level the playing field for all engineers, and this exciting vision for the future of manufacturing will become a reality through 3DEO’s Manufacturing Cloud that we are building right here in Torrance, California.”

3DEO is said to be on track to bring in 125 of these next-gen Additive Manufacturing machines to its Torrance headquarters, located in the Los Angeles metropolis, over the next three years. This installation, upon completion, is reputedly capable of producing 20 million parts per year in that factory alone.

A detailed video on the technology is available here. 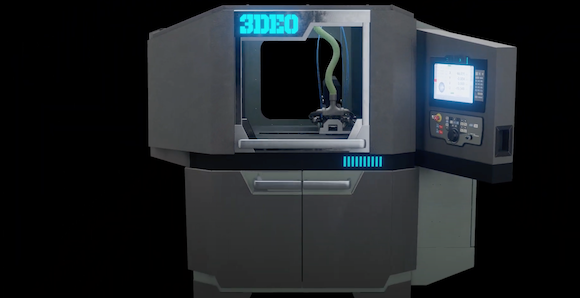