SPEE3D, Melbourne, Australia, is set to receive AUS $1.25 million in funding from the Federal Government’s MMI ‘Space’ Translation Stream grant, with an additional AUS $312,000 in funding from the Northern Territory Government to ensure that the company’s ‘SPAC3D’ (pronounced ‘Spaced’) project takes off. This project aims to pioneer the manufacturing of high-quality, inexpensive metal additively manufactured rocket engines for space.

Manufacturing space components is a billion-dollar industry, set to experience further growth in demand over the next ﬁve years. However, organisations across the world currently face one common challenge: long lead times for production-ready rocket engines.

SPEE3D aims to circumvent that issue by utilising its cold spray technology, which is reputed to additively manufacture metal parts 100 to 1000 times faster than more traditional metal AM methods. Thus far, it is also said to be the only technology capable of producing metal parts on-demand at a cost that is more competitive than conventional manufacturing.

The technology has already shown itself capable of additively manufacturing rocket engine components; SPEE3D’s large-format WarpSPEE3D machine has produced a 17.9 kg Copper Rocket Nozzle Liner at a cost of less than USD $1,000 in just three hours.

“SPEE3D has developed a new way to manufacture rocket engines quickly with our advanced manufacturing process,” stated Steven Camilleri, CTO. “The MMI grant will allow us to work with other partners in Australia to manufacture and test ﬂight-ready engines for the emerging industrial space market”.

The Modern Manufacturing Initiative is designed to help Australian manufacturers scale up and create jobs to support the country’s manufacturing capability, drive collaboration, and identify new opportunities to access domestic and global supply chains. It provides Australian businesses with funding to support projects that translate high-quality research into commercial outcomes. With the SPAC3D project, the Northern Territory Government hopes Australia will have the opportunity to become the world’s leading manufacturer and exporter of rocket engines.

Michael Gunner, Northern Territory Chief Minister, added, “This is another big leg up for SPEE3D who are taking the advanced manufacturing world by storm – all the way from the Top End [a Northern Territory region]. We are proud to back SPEE3D through our Local Jobs Fund; they are a true testament to the Territory, and it’s projects like SPEE3D that strengthen us as Australia’s comeback capital.”

The next stage for the SPAC3D project will be hot ﬁre testing and validating the usefulness of additively manufactured rocket engines for commercial space vehicles. 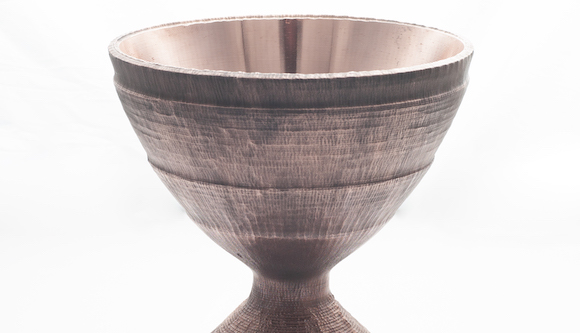