According to Siemens, a single turbine blade of an SGT5-4000F gas turbine converts about as much power into rotational energy as ten Porsche 911s. The high temperatures coupled with the high gas velocities during operation of the turbine can lead to burn-off at the blade tip, causing gap formation and a measurable drop in performance.

This process leads to a vicious cycle: with greater gap formation, the temperature of the blade material increases due to overflowing hot gas, which in turn leads to even faster material loss, thereby further increasing the gap between blade tip and ring segment.

When applying PBF-LB metal AM to an existing component, it was possible to produce structures with inner channels in high resolution. This improved resolution is important to incorporate the new cooling geometries with a very limited cross-section, enabling the critical areas to be cooled more effectively, thus preventing material loss.

Blades that have been in operation at high temperatures have individual shapes, making the PBF-LB repair more challenging, necessitating development of a new CAD-CAM chain which automatically adapts the shape of the PBF-LB tip to perfectly match each blade. By combining 3D scanning technologies and an algorithm developed by the Siemens Energy team, a digital repair chain was established that morphs the geometry parametrically. The team also had to develop the PBF-LB process for an extremely oxidation-resistant material for the blade tip.

The application of this technology to existing components is still a rather unexplored marginal area of AM technology, also known as hybrid PBF-LB repair (referred to at Siemens as HybridTech). The development of HybridTech is part of the European Regional Development Fund’s (ERDF) research project, ‘Change in production technology’.

The first blade sets have already been manufactured and a conversion of the standard repair procedure to the new process is underway. The technology is planned to be utilised with other components in the future – even completely new designs can be upgraded. 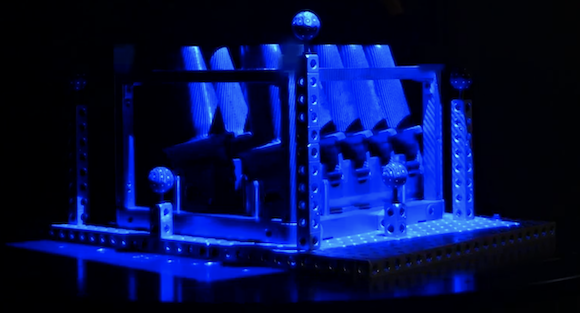