Optomec, headquartered in Albuquerque, New Mexico, USA, has been awarded a $1 million contract by the US Air Force to deliver a high volume production metal Additive Manufacturing machine for refurbishing turbine engine components, including titanium parts.

The equipment will include an automation system for batch processing, an oxygen-free controlled atmosphere, and an adaptive vision system. This automated additive repair system is said to be capable of processing tens of thousands of repairs per year, with an initial focus on tip refurbishment for turbine blades.

The company states that it will also assist the US Air Force in developing optimal process parameters for a range of target repairs. The solution will be installed at Tinker Air Force Base, Oklahoma City, USA, which already hosts a comprehensive aircraft engine overhaul capability.

According to Optomec, the US Air Force spends billions of dollars annually for the maintenance, repair and overhaul (MRO) of engines fr its military aircraft.. More broadly, there is reported to be a $50 billion a year global market for aircraft engine MRO across all commercial and military aviation combined.

A large part of the expenditure is tied to the replacement of worn or damaged components with newly made parts, explains the company. In contrast, Optomec’s Metal Additive Repair solutions enable restoration of the existing parts, with a demonstrated cost savings of up to 70%. In addition to significant cost savings, the Air Force will benefit from shortened, more predictable lead times and reduced supply chain dependencies, which translates to improved readiness for our military.

The company’s metal additive repair solution is based on its proprietary LENS technology, which was first commercialised more than twenty years ago. LENS uses a process called Directed Energy Deposition (DED) in which a highly concentrated stream of metal powder is jetted into a molten pool created by the focus of a laser beam. By precisely controlling the melt pool and the powder flow, a high-performance metal structure is built up, either in the form of a fully additively manufactured part or as a local deposit onto an existing component to repair it.

Optomec states that it has delivered more than 200 LENS/DED machines, with nearly 100 being used in production to repair turbine blades in the commercial aviation and power generation markets.

“Optomec is proud to be serving our military,” commented Jamie Hanson, VP Business Development at Optomec. “We have been processing titanium for years, but not in high-volume, oxygen-free production cells, although Optomec has developed automated, high-volume production cells for other alloys.”

“The challenge given to us by the Air Force was to provide a system based on commercially proven capabilities that meet their production and technical requirements,” Hanson continued.

“We will be providing a first of a kind machine with automation that enables virtually uninterrupted production in an oxygen-free environment. This capability will help enable the broader aerospace industry by meeting its cost-reduction goals going forward. We would like to thank the Air Force Rapid Sustainment Office and AFWERX for the opportunity and the streamlined process that enabled this contract.” 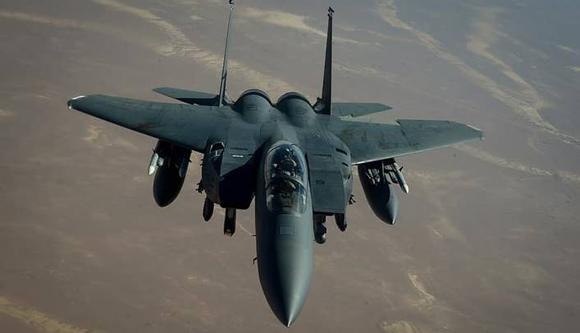