The proposed acquisition adds substantial expertise in propulsion to Lockheed Martin’s portfolio, and is said to expand on the foundation built by Lockheed Martin and Aerojet Rocketdyne over many years.

In 2020, Aerojet Rocketdyne produced the RS-25 engines used to propel NASA’s Space Launch System (SLS) rocket, a critical element of the Artemis programme, which seeks to land a man and woman on the moon. The RS-25 engines used on the SLS are reported to contain multiple metal AM components.

“Acquiring Aerojet Rocketdyne will preserve and strengthen an essential component of the domestic defence industrial base and reduce costs for our customers and the American taxpayer,” stated James Taiclet, Lockheed Martin’s president and CEO. “This transaction enhances Lockheed Martin’s support of critical US and allied security missions and retains national leadership in space and hypersonic technology. We look forward to welcoming their talented team and expanding Lockheed Martin’s position as the leading provider of 21st century warfare solutions.”

The transaction is expected to close in the second half of 2021 and is subject to the satisfaction of customary closing conditions, including regulatory approvals and approval by Aerojet Rocketdyne’s stockholders. A transition team will be formed to allow for seamless integration and ensure continuity for customers, employees and other stakeholders. 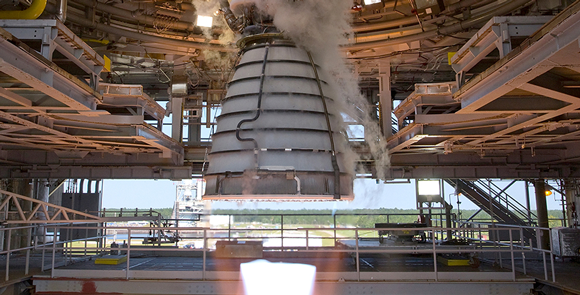