Researchers at the Indian Institute of Technology (IIT) Jodhpur have developed a laser-based Direct Energy Deposition (DED) metal Additive Manufacturing machine for use across a range of industries including aerospace, defence, automotive, oil and gas, and general engineering.

The project’s main objective was to reduce the cost of Additive Manufacturing machines and attract a broader range of users. It was stated that the high machine costs and price of proprietary metal powders imported from abroad are some of the reasons for the limited growth of metal AM in India.

All the components of the new machine, except for the laser and robot systems, are said to be designed and manufactured in India. It can also build AM parts with metal powders made in India, the researchers said.

The new machine is suitable for repairing and adding additional material to existing components. The team at IIT Jodhpur has developed this machine’s tool path planning software and coaxial nozzle. It also has in-situ monitoring technologies which constantly monitor the melt pool temperature and clad thickness during the additive manufacturing process.

“Moreover, such an initiative would further strengthen the policy decisions of the Government of India under the ‘Atmanirbhar Bharat’ initiative,” Ravi added. 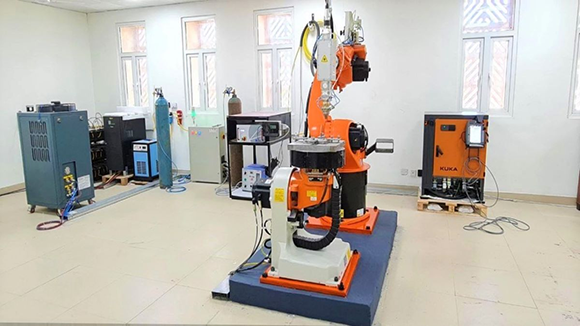