Fleet Space Technologies, Beverley, Australia, has announced its plans to develop a new ‘constellation’ of additively manufactured small satellites, named Alpha, with the first satellites ready for launch in twelve months. The new constellation will sit alongside the existing Centauri constellation.

Leveraging its experience from the successful operation of its growing constellation of small satellites, Fleet Space expects to be able to expand its coverage reach and provide down to sub-seconds latency, providing an extremely cost-effective means to unlock unprecedented connectivity more quickly and in more locations, however remote.

The Alpha constellation is said to represent a fundamental shift for Fleet Space. Aided by a recent US $26.4 million Series B investment, the startup has expanded the scope of its dedicated research and development arm to create the Alpha small satellite. The company believes this to be the world’s first entirely additively manufactured satellite, and stated that it integrates Fleet’s advanced beamforming technology and patented antennas.

Fleet’s existing Centauri constellation is said to be among the world’s most advanced space communications systems. Like Alpha, Fleet Space’s latest Centauri 4 small satellite, developed in collaboration with Tyvak, has been integrated with Fleet Space’s breakthrough smallsat digital beamforming technology, which uses an array of multiple AM all-metal antennas, along with cutting edge Digital Signal Processing.

This beamforming technology provides a substantial increase in throughput of customer IoT data and can service a higher number of customer terminals at once. It does this by generating a high number of highly-directional low-interfering beams in point-to-point satellite communications, achieving a high spectral efficiency which improves the quality of service through enhanced frequency reuse, faster data rates and more link robustness. The integration of this digital beamforming into a Low Orbit Satellite, not much larger than half a square meter, is thought to be a world first.

Flavia Tata Nardini, CEO and founder of Fleet Space Technologies, commented, “It is Fleet Space’s vision that everyone, everywhere, has access to unlimited connectivity, no matter where they are on the globe, in cities, remote regions, on land or navigating the oceans. Our recent Series B investment empowered us to realise this vision by embarking on a bold new strategy.”

Alpha satellites will incorporate up to sixty-four of Fleet’s all-metal additively manufactured antennas on board, versus only four on the Centauri 4. This represents a 16-fold increase in performance, while being only four times heavier.

To support this new development, the company further announced that it will establish a satellite ‘hyper factory’ in the newly-announced Australian Space Park in Adelaide. The South Australian Government will invest AUS $20 million in Australia’s first dedicated space manufacturing hub, which will co-locate four space manufacturing companies in a purpose-built facility with a focus on collaboration in the heart of Australia’s ‘Space State’.

This is expected to accelerate the expansion of Fleet Space’s in-house research and development arm to build a hyper factory from which it can create the Alpha small satellite. 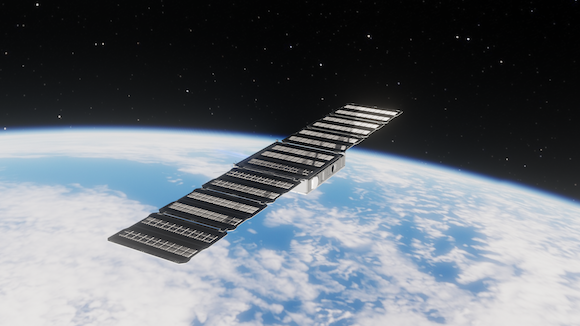