Australia’s national science agency CSIRO, based in Melbourne, has announced that it has developed a novel process for turning inexpensive alloy waste into a high-value wire product suitable for the Additive Manufacturing market. The research team has used the process to produce titanium wire, and states that it is the first in Australia to produce wire this way.

“The result is a product that is significantly cheaper than titanium wire made by conventional processes,“ stated Dr Wilson.

The wire is being fine-tuned for use in large format additive manufacturing such as Sciaky’s wire-based Directed Energy Deposition (DED) technology, which it refers to as Electron Beam Additive Manufacturing – processes that melt the wire to form beads that stick together to create a layer of metal material that is then built up to form the part.

CSIRO explains that there is a lucrative market for 2.5 mm to 3 mm titanium wire as feed for this type of wire-based AM process, and the cheaper wire generated from recycled sources can also be used to produce metal powders for Additive Manufacturing.

The patented wire extrusion process, which is optimised using computational modelling, is being demonstrated to produce 50 kg of titanium wire at a pilot scale. The team is working to scale this up to 100-300 kg pre-commercial volumes over the coming months.

Director of the Australasian Wire Industry Association, Richard Newbigin, said Australia is well represented in various types of wire manufacturing, but until now has lacked sovereign capability in wire production for AM. He noted, “Currently, Australian additive manufacturers have to source their titanium wire offshore, but this new capability will change that.”

Barrie Finnin, CEO of AM company Amaero International, agrees that locally produced titanium alloy wire and powders offer a valuable local capability for Australia’s growing AM sector. Finnin said, “This technology has the potential to put Australia on the map as a competitive supplier of aerospace-grade titanium alloy wire for Additive Manufacturing and will greatly impact on our global competitiveness. Even better, the end product will be comparable to what is currently available overseas, but much cheaper because it is using waste product.”

This research is supported by the Science and Industry Endowment Fund. 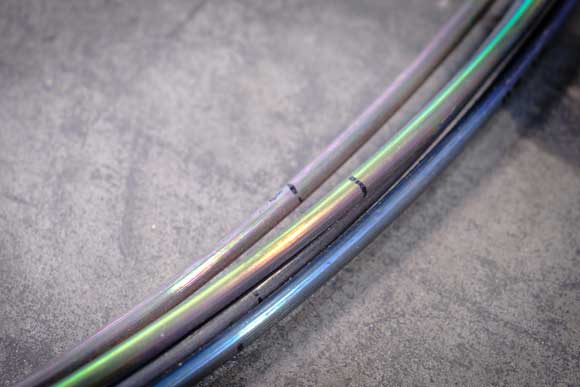