HV3DWorks’ client approached the company for assistance in producing replacement parts for the top section of a Weber 40 DFI-6 carburettor for a 1969 Ferrari 365 GT 2+2 V-12 engine. The original carburettor had stripped threads and was leaking fuel, and attempts to source an original replacement part had proved unsuccessful.

The original carburettor top served as the design guide for the part, which was modelled and initially produced in plastic to confirm fit and finalise the design. Once the design was approved, the part was produced in 316 stainless steel infiltrated with bronze on an ExOne M-Flex metal Binder Jetting machine.

The overall production time for the part was twelve weeks, including CAD design, Additive Manufacturing, post-production impregnation and thread clean-up. While sourcing the original part would have cost HV3DWorks’ client $2,500, the cost of the AM part was significantly lower at $1,200, a saving of $1,300. 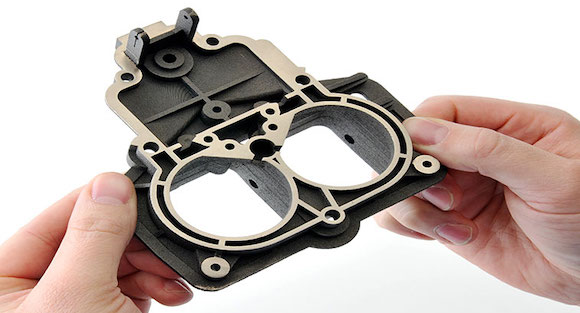