The Additive Manufacturing Users Group (AMUG) has announced its 2021–2022 Board of Directors, effective July 1, 2021. The board’s primary responsibilities will be to build and oversee the 2022 AMUG Conference and to implement a new organisational structure to support the ongoing growth of the conference.

The ten-member board is comprised of eight elected and two appointed positions; those elected were done so by AMUG members at the annual conference. The outgoing board appointed the treasurer and director at large positions.

Carl Dekker, Met-L-Flo, has previously served two terms as vice president and will now go on to serve a second term as president. Paul Bates, ASTM International, will retain the past president position. Andrew Allshorn of AT 3D-SQUARED was re-elected for a second term as vice president. AMUG members re-elected Leslie Frost of GE Additive for secretary; she will be serving her third term in this role. By appointment, Vince Anewenter of Milwaukee School of Engineering (MSOE) will continue in the treasurer position for a ninth term. Dekker, Allshorn, Frost and Anewenter will be the officers of the organisation, as well as directors on AMUG’s board.

Serving for a twenty-eighth term, Thomas Sorovetz of Stellantis will continue his role in the newly-renamed director of events and hospitality position.

From a realignment of AMUG’s management team, four new director positions were created: director of membership, director of education & conference, director of business development, and director at large. These will be held, respctively, by Bill Macy of Titan Robotics , Jordan Weston of MSOE, Tim Bell of Siemens Digital Industries USA and Gary Rabinovitz of Reebok International; all three were elected to serve on the board for the first time.

Rabinovitz previously served five terms as chairman and five terms in roles including president, past president, vice president and board advisor. Weston held the position of chair of the track leader committee for three years and has been a tracker leader for six years.

Jamie Cone of BD, who served three terms as vice president, and Todd Grimm of T. A. Grimm & Associates, Inc. who served nine terms as AM Industry Advisor will be stepping down.

Carl Dekker, AMUG president, stated, “We established a new management structure to better support AMUG’s growth. While much thought and deliberation went into the planning, I expect to find that the structure and individual roles will require some adaptation.”

“I am quite pleased with the incoming board’s mix of long-term service and first-time participation as we implement the new structure. We will have fresh ideas balanced by historical perspectives. I am looking forward to leading this team and instituting refinements as needed.“

The board’s responsibilities will include building the programme for the 2022 conference, soliciting support from businesses in the Additive Manufacturing industry, and overseeing the event’s day-to-day activities. The five-day conference will feature the AMUGexpo, hands-on workshops, training labs, instructional sessions, and technical presentations, as well as an off-site dinner. 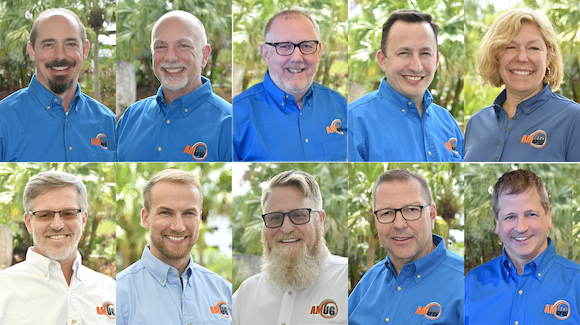