Aerospace companies including Airbus and Safran Landing Systems are working with a consortium led by the UK’s National Manufacturing Institute Scotland (NMIS) on a new project aiming to offer a major sustainability boost, along with cost and lead time savings, across critical component manufacturing through a combination of forging, forming and Additive Manufacturing.

In order to streamline and future-proof production, the group is working to devise a new hybrid Directed Energy Deposition (DED) process in the hope of overcoming current challenges that manufacturers face in relation to the expensive and time-consuming process of manufacturing critical components required to operate under harsh environments. As well as combining the design adaptability of AM, the flexibility of forging and the high production rates of forging, the technique is expected to also include the benefits of parallel kinematic machine (PKM) techniques, which amalgamate the dexterity of robots with the accuracy of machine tools.

“The use of AM coupled with forging and PKM technologies takes a transformative approach to this process, offering the potential to reduce lead time, production costs and material waste while supporting the drive towards net zero targets and creating a production model that genuinely contributes to a circular economy,” stated Dr Misael Pimentel, Manufacturing Engineer at the NMIS, who is leading the project.

Traditionally, key aerospace parts, such as those within an aircraft’s landing gear, are forged and then machined. By adopting hybrid DED methodologies, however, tooling, forging, and machining requirements can be reduced. Adding features directly onto forged and formed substrates using AM leads to a more efficient manufacturing process with less materials waste, translating to both cost and sustainability benefits. This also opens up opportunities for new repair and remanufacture methods.

Although currently focused on the aerospace sector, the method will be applicable across a wide variety of industries including oil & gas, defence, space and automotive.

The first two phases of the project, led by NMIS, which is operated by the University of Strathclyde, and Cranfield University are already underway, with plans to deliver a demonstrator component later this year. The third phase, led by the NITC at Queen’s University Belfast, will focus on PKM machining, while the final proof of concept phase will compare traditional and alternative manufacturing routes.

NMIS, Cranfield University, and the NITC are working closely with the steering group to ensure that project deliverables are aligned with industry requirements, de-risking future steps such as qualification and certification of hybrid DED components. 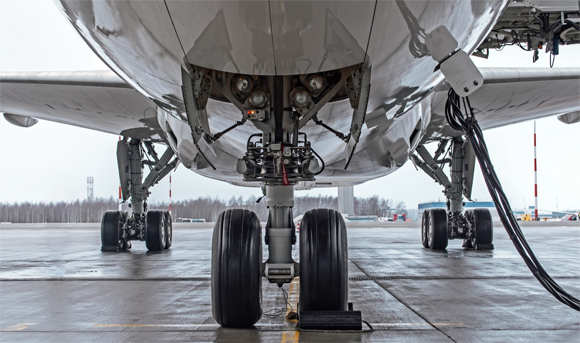