Marotta Controls, a rapidly growing aerospace and defence supplier based in New Jersey, USA, has announced the successful integration of Additive Manufacturing into its portfolio of services. The company has used a novel Laser Beam Powder Bed Fusion (PBF-LB) process to create internal features of an advanced manifold valve.

The now-patented process was used to generate radial passages in various geometries which were impossible to achieve via traditional machine boring methods. With these new geometries, the manifold valve delivered increased velocity pressure control.

Marotta also confirmed that it is incorporating AM to reduce parts, simplify assembly and shorten lead times to deliver lower cost, higher-performing products.

“We have a near eighty-year culture of creative thinking, of challenging the status quo,” stated Brian Fly, vice president Marine Systems, Marotta Controls. “And we’re proud to confirm that that mindset resulted in a remarkable evolution to a tried and true part used for generations. Additive Manufacturing offers some very interesting opportunities that we’re inherently designed to embrace on behalf of our customers. We anticipate more unique, disruptive innovations to come out of this capability as we continue to apply it.”

Marotta Controls first came into existence troubleshooting valve designs that, despite being accepted as proven parts, continued to leak in end applications. The company fixed these issue and others, establishing itself as a go-to engineering shop capable of solving difficult problems. This, the company stated, is why it took on the challenge of improving the manifold’s performance in high-pressure applications – a problem that required re-evaluating how and where best to apply Bernoulli’s equation within the system’s design.

Valves and manifolds are historically produced via subtractive machining, with boring tools removing unwanted material to construct their radial passages within a single metal block. The radial passages are typically cylindrical or slightly frustoconical in nature. This design approach allows for passages that expand in two dimensions. By introducing a third dimension through AM, however, Marotta has improved those passage features to achieve desired performance.

Marotta’s patented approach starts with a 3D CAD model of choice that can meet varying ranges of end application specifications. Using AM allows for a solid, single-piece component with three-dimensional passage structures that can vary in shape, including diamond, horizontal dome, spindle, branch-like, and others.

Marotta has evaluated its 3D valve concept in more than a dozen design configurations, with the passage structures varying. Velocity improvements are said to be notable, as is the part’s impact on the overall manifold’s production and performance. 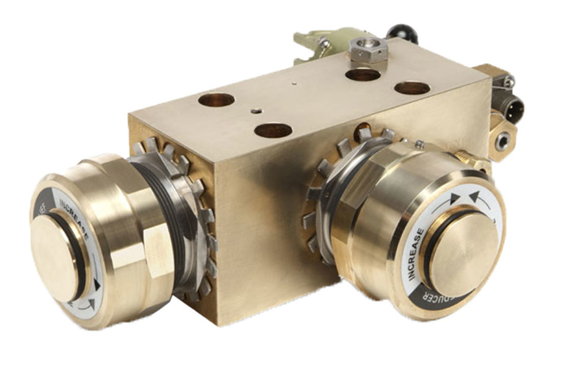