Aerojet Rocketdyne, Los Angeles, California, USA, has completed a $59 million expansion of its Los Angeles facility in order to support the production of new-generation RS-25 main engines, which feature metal additively manufactured components, for NASA’s Space Launch System (SLS), which aims to send astronauts to the Moon by 2024.

NASA’s SLS will launch crews of up to four astronauts aboard the agency’s Orion spacecraft. Together, SLS and Orion are the foundational hardware elements of NASA’s Artemis programme, which aims to put the first woman and first person of colour on the Moon. Each SLS first stage will be powered by four RS-25 engines generating more than two million pounds of combined thrust. 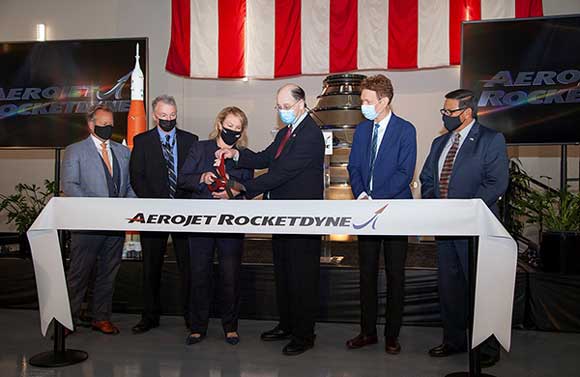