Prima Industrie S.p.A., Collegno, Italy, reports that it has officially completed the spin-off of its Additive Manufacturing business unit, following its merger with 3D New Technologies Srl, a metal Additive Manufacturing machine developer headquartered in Torino, Italy. In line with the merger, the new company will be known as Prima Additive Srl.

Prima Additive Srl will maintain a close collaborative relationship with Prima Industrie S.p.A., which will be the reference and majority shareholder of the new company with a stake of 50.01%. The company’s board of directors is chaired by Gianfranco Carbonato, who is also executive chairman of Prima Industrie S.p.A., while Paolo Calefati has been appointed Chief Executive Officer.

The transaction is also reported to be linked to a larger project that will open in the coming months, when new investors join the company to further accelerate business development plans.

“The merger between the spin-off Prima Additive and 3D New Technologies represents growth and an investment in this sector by Prima Industrie, which continues to be our majority shareholder,” Calefati stated. “The operation combines the global dimension and the long tradition of innovation in the engineering and production of laser machines of the Prima Industrie Group with the agility and dynamism of the 3D startup New Technologies for Powder Bed Fusion machines in the Additive Manufacturing sector.”

“Furthermore, this operation is a first step in attracting both financial and industrial investors who are already leaders in this market,” he continued. “This is an important project to guide and concentrate the skills acquired and the technologies developed in recent years towards significant market and business growth.” 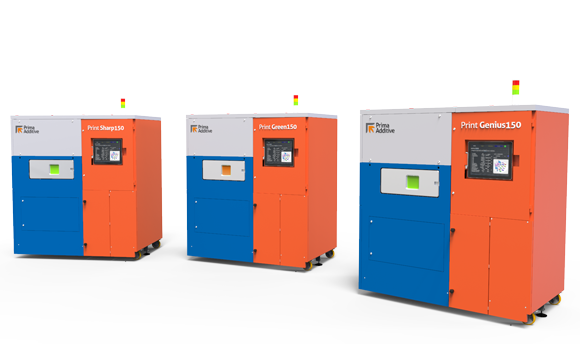