The rudder suspension was produced for Hamburg boatyard Ziegelmayer, a leader in the production of sailboats in the 470 class. Ziegelmayer required parts with good strength, high ductility and corrosion resistance, which would be produced initially as prototypes, then in series production following the test phase. Suitability of the material for both AM and sand casting was part of the requirement, and the parts were required to have the same mechanical properties in both their additively manufactured and cast forms.

AlMgty aluminium alloy can be used for metal Additive Manufacturing, sand casting, pressure casting and mould casting, with the mechanical properties of the material said to remain very similar in all processes.

AlMgty is reported to offer tensile strength of 355 MPa, yield strength of 220 MPa, and elongation of 19% as-built. It is resistant to corrosion and anodisable, and does not rely on expensive alloying components such as scandium. Because only widely available components are used to make the alloy, there is also less risk of supply problems due to low availability or extraction conditions that are hard to control, again as with scandium.

Ziegelmayer was Fehrmann Alloys’ first customer for AlMgty, with the shipyard’s initial order announced in November 2019. Following the production of a prototype run, tests on boats in different sailing conditions around the globe proved the parts’ excellent corrosion resistance and mechanical strength. 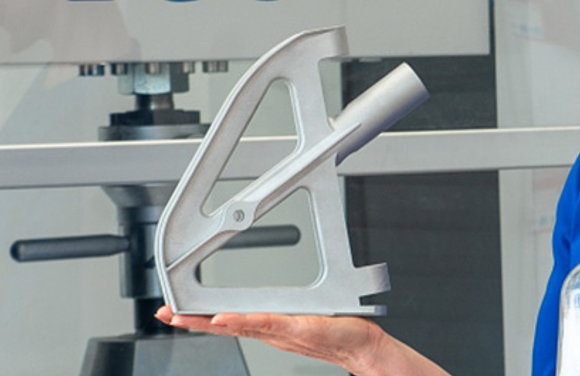